Vancouver, BC â€“ If the recent friction between President Obama and Donald Trump is any indication,Â the 2012 political season promises to be an interesting one. Utherverse Digital Inc., creator of the VirtualÂ World Web (VWW), hopes to add to the entertainment with its creation of lifelike, computer-generatedÂ versions of Obama, Trump and Sarah Palin, just released from Utherverse. Members of the VancouverÂ based software companyâ€™s virtual community can use these political avatars for fun and free speechÂ during the upcoming elections.

Utherverseâ€™s introduction of real political celebrities as avatars follows the success of its Charlie Sheen,Â Prince William and Kate Middleton avatars, and its recent hosting of the virtual Royal Wedding. Obama,Â Trump, and Palin are the first of many high profile political figures whose 3D likeness will be madeÂ available to users of the virtual world web, making it easy for users to create playful or serious videosÂ of animated â€œmachinimaâ€ scenes, high-quality political â€œstill shotâ€ cartoons, and endless possibilities forÂ parody and political debate. Candidates themselves will even have the opportunity to use Utherverseâ€™sÂ wide-reaching platform to interact with millions of registered voters like never before. 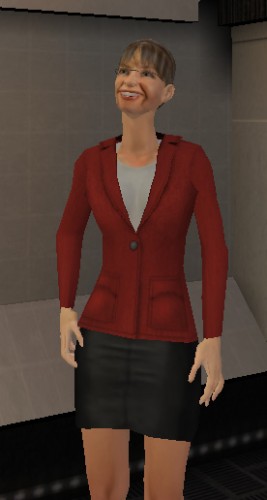 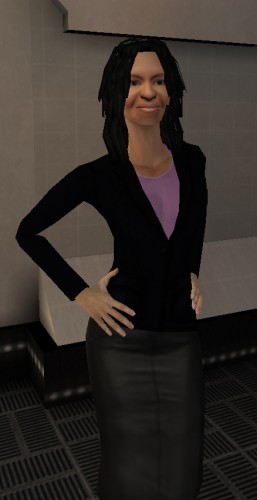 The VWW has 7 million online members that use Utherverseâ€™s PC & Mac compatible 3D Web browser toÂ navigate a network of 57,000 virtual 3D communities – interacting, socializing and conducting businessÂ in sophisticated ways not possible on the â€œflatâ€ Internet. In this virtual universe, every person has a videoÂ game-like avatar they can use to perform at karaoke bars, try on clothes at actual virtual stores, and evenÂ teach or attend live online classes at UtherAcademy.

â€œPeople used our Charlie Sheen avatar to create incredibly entertaining, viral videos, and I have no doubtÂ such high profile political avatars will inspire similar creativity,â€ said Brian Shuster, Utherverse founderÂ and CEO. â€œAnyone with a computer will be able to use these characters to put out professional lookingÂ commercials for or against candidates, make parody spots that really drive home a point, and easilyÂ create cartoons that are fun and engaging. Situations like the recent sparks between Barack Obama andÂ Donald Trump will no doubt provide fodder for all kinds of fascinating, potentially viral YouTube videos.â€

Though Utherverseâ€™s main goal in adding political avatars is to provide a voice for its users, the companyÂ also plans to give the actual candidates the opportunity to be heard on the virtual world web. PoliticiansÂ can hold virtual town hall meetings, give speeches, and host meet and greets in a safe environmentÂ where they can actually interact with voters and address millions of users from any location in the country.

â€œUtherverse presents the most wide-reaching speech platform ever developed, going way beyondÂ what YouTube, Facebook, or the rest of the internet can do,â€ noted Shuster. â€œIn the 2012 electionÂ cycle, we think our next generation 3D web platform will be the social media of choice. I wouldnâ€™t beÂ surprised if President Obama himself showed up in Utherverse because he is a very forward thinking,Â progressive minded guy. I think he would easily see the value of being able to interact so intimately withÂ the electorate.â€

Utherverse is the leading developer of the 3D Web, the Virtual World Web (VWW), which currentlyÂ consists of more than 50,000 independently operated virtual worlds. The company was formed in 2002Â with the goal of supplementing the flat web with a 3D web that could bring a new kind of efficiency toÂ businesses and users, in entertainment, education, commerce and charity.

Among Utherverse’s offerings are the Virtual World Web –TheVWW.com – which provides simple softwareÂ that enables anyone to create their own Virtual World, and Virtual-Vancouver.com, a music-focusedÂ online community.