By: Press Release
In: News
With: 0 Comments

3D Virtual Campus Tours is meant to replicate the campus experience. When creating a virtual tour, Designing Digitally makes certain that each campus is built as photorealistic as possible. The company has more than seven years’ experience building virtual campuses in 3D, which surpasses others in the industry, said Wark.

“The system we create runs in a basic web browser on our clients’ websites,” Abby Hughes, Director of Client Relations, added. “Each tour is fully customized for the client. We can also incorporate interactive games such as virtual parachuting, basketball, hockey, flight simulator, trivia and more to enrich the experience for users.”

While the current version of 3D Virtual Campus Tours is so advanced it won this national award, Taylor said that’s not good enough.“We are constantly updating the system to be more and more innovative and to help our clients take a proactive approach to college recruitment.”

The system was originally designed to serve as a solution to a problem many campus recruiters face – the cost of travel. The idea was to enable students to “travel” to a campus without having to physically be there. The notion being: If they can see it and enjoy it, they’ll be more likely to attend, Hughes said.

“This product does exactly that by allowing students to walk around as a 3D avatar that looks like them,” Taylor said. “They can visit the dorms, walk around the campus to see how far the dorms are from the food courts, classrooms and other points of interest. It’s just like being there – only more cost effective.” 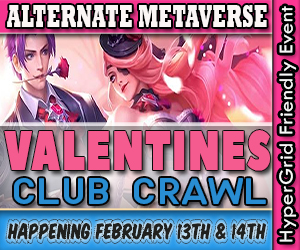 HPotter - 3/2/2021
Great Canadian Grid returns with low prices and new servers
Of course I wanted all to see after Roddie tried discrediting me by saying I was never on his grid. Now everyone can see that was not the truth.

User219 - 3/2/2021
Great Canadian Grid returns with low prices and new servers
I don't think you touched a nerve. What you don't seem to understand is no one cares. Stuff happens, things go wrong. I lost a $L10k house in Second Life. did I get it back? nope...no one could seem...

мarιanna мonenтeѕ - 3/2/2021
Great Canadian Grid returns with low prices and new servers
Yes for all to see. Not privately. You wanted all to see you proved my point.

HPotter - 3/2/2021
Great Canadian Grid returns with low prices and new servers
Sorry, it appears I've touched a nerve with you in all of this. You've accused me several times of being a troll, and a "thug" of another grid, but it seems you are being the very person you are...