The Belgian Speculoos grid is adopting the OMC virtual currency from Virwox.

“It is crucial that users can use their money outside of our single small world,” saidÂ grid owner Gudule Lapointe in an announcement today. “It is also important for us that money is backed by a specialized company, that has the power and resources to maintain security on their system.”

According to Virwox, OMC is currently in use on 36 OpenSim grids and in Second Life. The currency is fully convertible to US dollars, Euros, Linden Dollars, and other currencies both real and virtual. 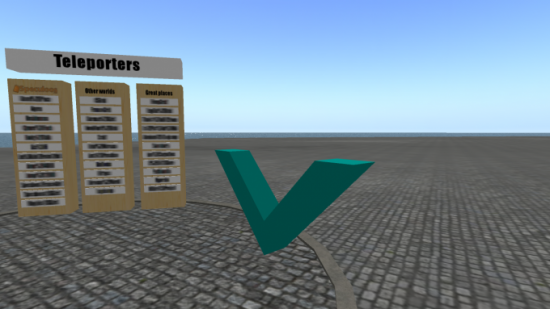 Virwox is an established Austrian company with a track record in this area. It late April, it announced that it had traded more thanÂ US$ 55 million of Linden Dollars — or 14 billion Lindens — as well as 130 million inÂ Avination C$ and 19 million OMC. It is a leading European exchange for Linden Dollars.

“It is the more flexible and serious solution we found in the market,” saidÂ Lapointe.

Users have to register on the Virwox website, and, once they connect their avatars, they will be able to see their OMC balance in the viewer whenever they are on an OMC-enabled region.

Not just any grid can start taking payments in OMC — grids have to be approved by Virwox, and install a proprietary OMC payment module on their grid servers.

Then, for an extra layer of security, all transactions have to be confirmed on a webpage, similar to the way that PayPal transactions require secure confirmation. The only exception is for when users enable a “Pocket Money” virtual wallet where they can set aside a small amount in OMC that doesn’t require the second confirmation step.

For grid owners, the advantage of using OMC is that Virwox handles all the security, legal, regulatory and tax issues associated with having a virtual currency. The downside is they can’t make money by selling virtual currency to their own users.

For users, the advantage of OMC is that they don’t need to set up a different currency balance for each grid where they shop, and if a grid closes, they don’t lose any money that they might have had in their virtual currency account. The disadvantage is that the extra confirmation step can be a nuisance, and can slow down the amount of shopping people do.