The Nova grid and New Voice OpenSim hosting company went out of business in early 2012. This is the story of what went wrong, from the founder himself, Enrico Ranucci. 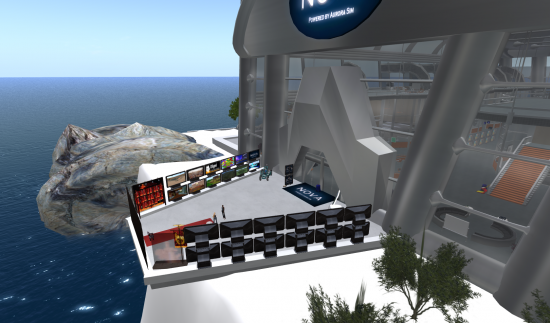 When New Voice was about to go out of business in early 2012, many people tried to help — and I thank you all. Unfortunately, I had made so many mistakes that it brought the company down and made it impossible to keep going.

Before we list the errors we have done, and the fixes we applied, I want to let everyone know that no customers lost their money or their content: all regions were backed up and delivered to their original creators, and all paying tenants got refunds. If anyone did not get our attention, I invite them to write me personally at [email protected] or contact me either in-world or by Skype.

I’ll talk about the biggest of these mistakes, and what I learned from them.

We shouldnâ€™t have used master code in the production environment

I know developers repeat it over and over — don’t use the experimental “master” code base, wait for the stable official release.

But Nova got our enthusiasm going because it was the first and the only public grid running on the Aurora-Sim version of OpenSim. My efforts to help the growing Aurora-SimÂ community fueled that enthusiasm and killed my company. It was my fault, and I paid for it.

This is justÂ one of hundreds of fixes we made to our business model when we created the new brandÂ SASSO, which is an acronym of OpenSim and Aurora-Sim Servers. I am not going to make that same mistake again.Â If I tried, my business partners would kill me even before my customers could get to me.

At SASSO, we are only using official, stable releases of OpenSim and Aurora-Sim. As all other grids and hosting companies should do.

I shouldnâ€™t have used Italian servers

I am Italian, but 99.99 percent of my customers were from the United States. The server ping from the Aruba server farm in Tuscany was huge. Tuscany is a beautiful and romantic place but probably too far from Texas. The huge lag messed up the assets server, and caused a new Aurora-Sim feature known as “the black hole” to literally eat our mySQL database.

I am still banging my head on my desk for doing that. I should have listened to one of the Aurora-Sim developers and gotten agreements with a US-based server farm. In fact, that is now what we are doing at SASSO. Thanks to my Florida-based business partners, we are now hosting in the US for our American customers, as well as in other continents for clients overseas, so as to make the user experience has as little lag as possible. This also offers significant benefits for our region and assets servers.

Many managers have problems with delegation, and I was an extreme case. Trust me on this: it is one hundred times better to find ten co-workers with average skills then try do everything by yourself. No matter how good your own skills are, by trying to do everything perfectly, in the end, you’ll do everything wrong.

Nova was my baby, too precious to be put in the hands of inexperienced technicians. I repeatedly refused help, and it was my biggest single mistake. Today, at SASSO, I am a part of a team, and not the one making the final decisions all by myself.

Today, our mottos is this: We can’t be perfect but if we try, we can be excellent.

I should have listened to my customers

Back in 2010, we had developed aÂ Web control panel with features such as the ability to Â import and export OAR region backups and IAR inventory files, as well as the ability to stop and start regions. But we only made it available to a restricted number of test users, instead of rolling it out to everyone, since people were asking for it.

We got stuck in the testing development process and didnâ€™t move on. If all our customers had the control panel by default, customers would have been able to save their assets instantly without having to waste their time waiting for support.

SASSO started right out by building an easy-to-use control panel. Every customer canÂ now directly interact with the region and server back ends.

Despite my prior failure, the people who make up the OpenSim and Aurora-Sim communities have been a source of strength for me, allowing me to rediscover my enthusiasm and try again with a new company, new partners, and new funding.

I was happy to find my old friends in OSgrid hugging me and making me feel like I never failed. This definitely helped me to pull away from the pit of depression and regain my faith in a promising future.

I like Opensim and Aurora-Sim more now than in 2010

Congratulations to all the OpenSim and Aurora-sim developers! The number of fixes, new features and implementations is huge! I spent last month decorating our new headquarters in OSgrid and wow — simply WOW guys — again thanks and congratulations!

Latest posts by Enrico Ranucci (see all)
2014-01-16
Previous Post: Grid activity down slightly in January
Next Post: How to get a free ad on Hyperica