By: Press Release
In: News
With: 2 Comments

“The market opportunity for Nito is enormous,” says Hoyt D. Morgan, Nito’s co-founder and CEO. “We are solving real cost and time problems for the professional animation and promotion world, and at the same time we have created an amazing way for anyone in the world to create animated content with characters they enjoy. This iOS App is just the start.” 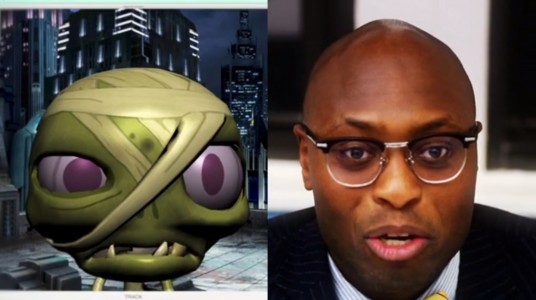 “I’m excited about how far we’ve come,” says Obi Onyejekwe, Founder, Chairman and Chief Visionary Officer of Nito. “But I’m even more excited to bring our vision for 3D animation and user engagement to the world as we continue to implement new features and ideas.”

The consumer iOs App went live today and has versions for both iPhones and iPads. Nito initially will allow users to record 15-second videos, integrates with nine social media and messaging platforms, and utilizes twelve characters, eight of which are free and four that cost .99 cents each. Additional avatars will be added frequently. Nito allows users to take part in a virtual-meets-real world where users can map their faces to their favorite characters and create content to share with their friends via Facebook, Twitter, Tumblr, Google+, WhatsApp, WeChat, Line, SMS and email.

“Using animated avatars to communicate fosters engagement that is powerful, meaningful and fun for users,” said Nito Chief Technology Officer Pier Borra.  “As we continue to expand offerings such as custom avatars and chat abilities between avatars, we are pushing the boundaries of what social media can be.”

Nito will release Android and MAC/PC desktop versions of the consumer App in early summer, and the Nito PRO professional product for studios and agencies will be available and live for three initial clients in late May.

Nito is an animation technology company revolutionizing the entertainment, advertising and consumer markets with their patent-pending markerless motion tracking and facial recognition technology. Their software and Apps allow amateurs and professionals to create innovative and engaging content that can take the social media to new heights. Launched in 2014, Nito is a New York company co-founded by Hoyt D. Morgan and Obi Onyejekwe.

Frank Corsi - 11/30/2021
Group seeks $65,000 to bring voice to OpenSim
I have been working with opensim on and off since 2007. I now have a team of server / web developers and resources that can help build a solid ecosystem. I am lacking in the setup and operation of the...