By: Press Release
In: News
With: 13 Comments

As Facebook continues to crack down on pseudonymous accounts such as those of Second Life avatars, some virtual communities are migrating to other sites.

Most recently, Pointe Fusion Elite, a community of DJs, artists, and music fans, has moved to Avatar Social Network, a social networking site that guarantees full anonymity to avatars, and rewards avatars for participating with virtual currency.

Avatars can redeem their rewards at ATMs in Second Life and InWorldz. 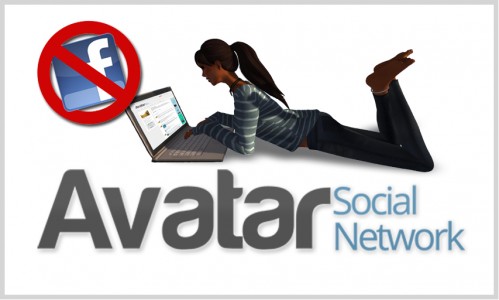 “Pointe Fusion Elite’s owner La Freese fell in love with ASN about a month ago or so and she decided to move all her and her club’s social activity to Avatar Social Network,” said site founder Arkad Baxton.

Dozens of other groups have also created pages on Avatar Social Network and many avatars have provided testimonials.

Avatar Social Network is built around the most popular features of other social media networks, he said.

Latest posts by Press Release (see all)
2014-07-16
Previous Post: Your long-term OpenSim goals
Next Post: 5 tips for mentoring in a virtual world

мarιanna мonenтeѕ - 4/1/2020
Great Canadian Grid shuts down
I am sorry to hear of your loss Cliff, I will trust you will do the right thing with the files. OARS being distributed in the past caused me worry, I have three years of creations at GCG, worth...

Maria Korolov - 3/31/2020
Great Canadian Grid shuts down
I sent a list of questions over to Cliff Hopkins at GeVolution, and he just answered them. I've updated the story above, but here's the text of his email for the folks who want to see the whole...

Rene - 3/31/2020
Great Canadian Grid shuts down
I would believe Cliff over Roddie.

Lannorra Sion - 3/31/2020
Great Canadian Grid shuts down
Maria, the sequence as I remember it was in March he told us he thought we were just a couple weeks away from being up and running, cross your fingers (that kind of tone). He asked that anyone...

aws - 3/31/2020
Great Canadian Grid shuts down
This differs from the GCG Website information. Exactly ! SO now we are STILL trying to sort the truth . If anyone in the EU gets anyone involved with the GDPR act to bite into this there wont be any...