By: Maria Korolov
In: Briefs
With: 0 Comments 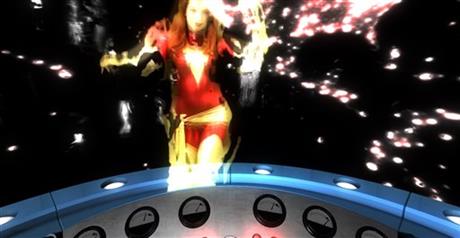 Entertainment companies are piling on virtual reality, with immersive Oculus Rift experiences that they take to conventions about public venues. The latest to jump on the bandwagon is Fox, which is bringing an X-Men-themed virtual experience to Comic-Con tomorrow.

According to the Associated Press, attendees will get 90 seconds to sit in Professor X’s wheelchair and try to hunt down Mystique, a reenactment of a scene from the movie “X-Men: Days of Future Past,” which is coming out on Blu-ray in October.

Fox is also using virtual reality to transport users to the fictional setting of the “Sleepy Hollow” television series, though that experience won’t be at the main convention center but across the street at the Petco Park Interactive Zone.

Latest posts by Maria Korolov (see all)
2014-07-23
Previous Post: The red carpet gets the virtual reality treatment
Next Post: Facebook: We will be investing ‘aggressively’ in virtual reality