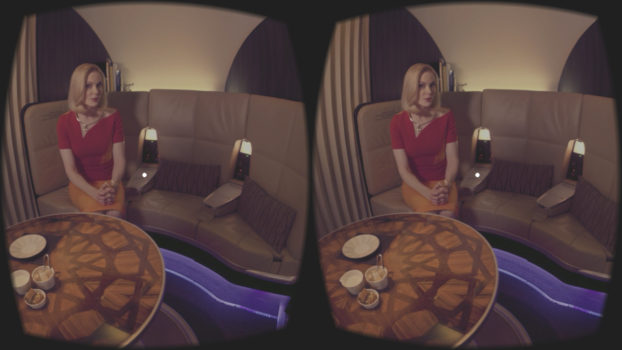 Nicole Kidman stars in a just-released ad campaign by Etihad Airways, the national carrier of the United Arab Emirates. The commercial is a five-minute 360-degree virtual reality film that showcases the new Airbus A380.

The commercial is available as a Google Cardboard-compatible app for the iPhone and Android. A Gear VR version is not yet available, but the company says it is coming soon.

After you install the app, the ad itself is an additional 425 megabyte download, so a good WiFi connection is recommended.