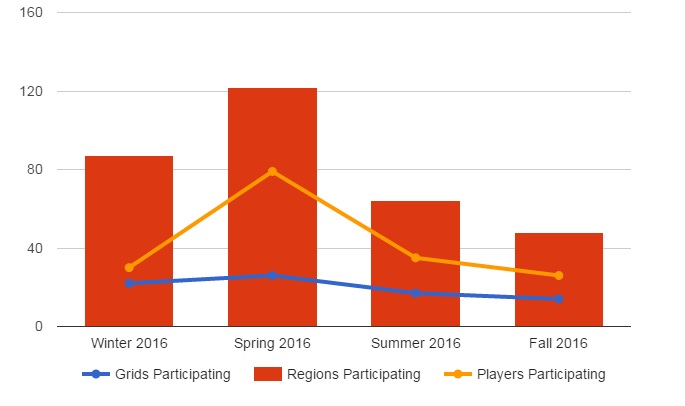 Tangle Grid has released the participation numbers for the HypergridÂ Hunts conducted this year, and participation peaked in the spring. More than 150 different users have participated in the hunts since they were launchedÂ a year ago. In the first hunt of the year, which ranÂ from Â January 31 to March 1, 2016, END_OF_DOCUMENT_TOKEN_TO_BE_REPLACED