How to get ripped off in OpenSim

By: Maria Korolov
In: Features
With: 15 Comments

A couple of weeks ago, two OpenSim content designers came to Hypergrid Business with a complaint: they were offered a chance to produce content for a new grid, in return for space on that grid. They did the work, then got locked out. What could they do?

Unfortunately, not much. There were no signed contracts, they didn’t know their partner’s real identity, and they weren’t willing to take the case public.

Since neither designer was willing to give their real names for the story, and the other party involved didn’t respond to our questions, I’m not going to give the name of the allegedly guilty party. (If one of the victims decides to go on the record, this will change.)

There’s a lesson here for other designers though, whether they work in OpenSim or Second Life or another virtual world.

The story so far 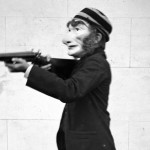 The owner of a startup grid — let’s call him or her “Dick” — allegedly asked a group of designers to create new regions for the grid. After the work was complete, the designers were — again, allegedly — kicked off the grid and their accounts shut down, but their work remained on the grid.

“I am one of the unlucky people to have lost a lot of hard work and dedication,” said one of the designers. Let’s call him or her “Tom.” Tom gave me their real name and contact information, on the condition that I don’t disclose it.  “I had only been building for six months while [two others] have been working for over a year. So I can only imagine how frustrated they are about this.”

One of the other designers who contacted me– let’s call him or her “Harry” — was one of those who put in more than a year of work. Harry also gave me their real name, but asked for anonymity.

“After we’d finished building multiple regions … [Dick] … refused to give us any way to access our own builds, and then told us we had to pay if we wanted our builds back,” said Harry. “We have all asked to get access to our own builds and inventories, which are full of a year’s worth of building and our creative work. We spent loads of time and effort and dedication… and we’re left empty-handed. ”

None of the builders had contracts in place, said Harry. Instead, there were informal understandings about future profit sharing and business partnerships.

“We never did get [Dick’s] real name,” Harry added.

“I’d been wanting to give that a shot for ages… the reason I didn’t was because [Dick] had strongly advised against it and was pretty aggressive about pointing out how it is unstable, insecure, and too difficult for a novice user like me to manage,” Harry said. “Obviously, in hindsight, I can now see how that was probably another tactic to monopolize OARs [region backup files].”

Lessons to be learned

First, if you’re working on nothing more than a virtual handshake, look for these potential warning signs. Any of these should be enough to make you consider getting a written contract in place, or to do a low-risk, small, pilot project. More than one warning sign? Reconsider the project altogether.

No references. If nobody has a kind work to say about your prospective business partner then maybe, yes, everyone else is prejudiced and unfair. More likely, your potential partner has a history of bad business practices — or is totally new to the industry. Either way, time for some risk mitigation.

No real names. If you’re involved in a long-term business relationship with someone, you need their real name. Changing an avatar name is quick and easy. Changing your real name is difficult, time-consuming, and leaves a paper trail. If someone does you wrong, it’s easy for them to avoid responsibility if you can’t find them afterward. And, really, even if you do find their avatar, what are you going to do? IM them to death?  Other than ripping you off, people also stay anonymous to avoid taxes, or to moonlight from their jobs — and if they’re cheating the government or their current employers, it’s also possible that they’ll cheat you. Finally there are people — like Tom and Harry — who are embarrassed about the work they do in virtual worlds, and don’t want their friends to find out.

No legal standing. This is related to the “real names” issue. In the United States, if you get paid for work that you do, you’re automatically a business owner — a single proprietor — and your business name is the same as your personal name. At the end of the year, you need to file a 1040 Schedule C.  Now, there’s nothing wrong with having a recognizable brand name that is also your avatar name, and be known under that name in a virtual world. But unless you’ve legally changed your name — or incorporated — then the avatar has no more legal standing than an anonymous Hotmail address. Incorporating or changing your real name may be too expensive — or extreme — but you can also file a DBA form for a few bucks with your local town clerk and get real legal standing for your avatar name in a few minutes. In the United States, this is quick and cheap — there’s no excuse not to do it. Laws in other countries vary, but many places with higher hurdles to opening a business  have agencies for freelancers to work through. It will result in higher overhead costs — and, thus, a higher price for the end customer — but you’ll be fully legal. It is much, much easier to have people respect their contracts with you if you’re not breaking the law yourself.

No written agreements. People misunderstand each other all the time. If you can’t clearly write out what you expect to get, and what the partner expects to get, then there’s a good chance that you’re actually working on two different projects — and one or both of you will be extremely disappointed when that hits home. These agreements should be in permanent form. Yes, a fax or a printed, signed, and scanned agreement or a printed and mailed agreement can later be forged. But forging business documents is a crime punishable by fines and jail time. Your potential partner is much more likely to make promises they don’t intend to keep by instant message, in-world chat, or email from an anonymous account than by putting their real signature on paper.

For situations in which real names aren’t an option, Michael Doyle, executive director of the Virtual Edge Institute, recommends the use of an escrow service.

One such services is Escrow.com, which is recommended by eBay and Consumer Reports. Designed to work with Internet commerce, it should just as easily work with virtual world commerce, as the principle is the same. There’s a $25 minimum fee for their service, and a $1,000 transaction would cost around $32 to insure.

Another option is to design an agreement in such a way that anyone can walk away at any time with minimal losses. For example, the service provider can accept partial payment up front and then the rest of the payment spaced out, after completion of each part of the project.

A vendor should also try to avoid unenforceable provisions. For example, if you’re selling an item for the customer to use on their private grid, there’s no way for you to know whether the customer has used their access privileges as grid owner to change the permissions on the object — or did so unintentionally when saving and reloading an OAR file. And if the amount involved is small, or the vendor doesn’t have the resources, it may not be worth the time and money to pursue legal action.

Instead, ask the client to pay a little extra for a site license or an all-rights license to the content.  Clients should also expect to pay extra for exclusive rights to content.

If you’re buying content or services, always ask for a work-for-hire, all-rights contract if at all possible, and you can afford it — you don’t want to have to worry, several years down the line, whether you have the permission to copy a particular chair or not. You only need exclusive rights, however, to items that will be part of your corporate brand image, or which are part of your competitive advantage. If you’re buying virtual chairs for your employees to sit on in their virtual desks, you probably don’t care that another company might buy the same chairs. If you’re buying a new logo, however, or flagship corporate headquarters building, or a setting for your new marketing effort, you probably want something that’s unique to your firm.

Latest posts by Maria Korolov (see all)
2010-08-11
Previous Post: Provider Agreement for Virtual Environments
Next Post: Why virtual worlds suck for business — and some solutions