The ‘official’ real me is legion

By: Maria Korolov
In: Maria's Worlds
With: 12 Comments

Until yesterday, I’ve been keeping up with — but haven’t been particularly concerned about — the Google Plus real names controversy.

After all, I already used my real name in all my social networking and the only complaint I have with virtual worlds is when I can’t use my real name and have to choose from the list of pseudonyms that’s on offer.

But then I read I read the wikia Who is harmed by a “Real Names” policy? followed by Falsehoods Programmers Believe About Names and I realized that not only was I greatly mistaken — but that I don’t even know, for sure, what my real name is.

The first article lists a large number of groups — everything from political dissidents to domestic abuse victims — who need online pseudonymity and are directly harmed by the “real names” policy of Google Plus and Facebook.

And I agree that real harm is being done. Facebook and Google Plus aren’t just private companies that can set any policies they want and if people don’t like them, they can go somewhere else. They are also semi-public venues like shopping malls, or supermarkets, or arenas. People meet there, exchange information, organize groups and events. Cutting off a section of society from these kinds of interactions is simply wrong.

Forbidding pseudonymous accounts on Facebook or Google Plus hurts the organizing efforts of political activists in repressive regimes, keeps victims of domestic violence and stalking from staying in touch with friends and relatives, and hurts people looking for information and support on sensitive subjects such as AIDS prevention, abortion, mental illness and similar topics that they might not want the world to know they’re struggling with.

But that’s just half the story. 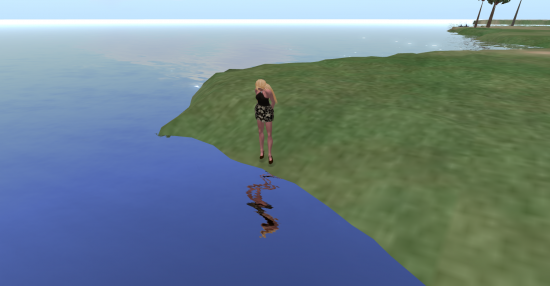 Who am I, really?

The other half is that there’s no such thing as a single “real name” for a lot of people — probably the majority.

Take me, for example.

I was born in the Soviet Union, as Мария Викторовна Королёва. There’s probably still paperwork in Russia somewhere that has that as my identity.

My parents immigrated to the U.S. in the 1970s and I became Maria Viktorovna Korolova. When I received my US citizenship, I was old enough to decide how I wanted my name spelled, and became Maria Victoria Korolov. I don’t have a US birth certificate, but do have a baptismal certificate with the earlier version of the name.

In 1997 I got married and — under the mistaken impression that Trombly was easier to spell – added my husband’s name to my own. I officially became Maria Victoria Korolov Trombly.

Except on my passport, where I was just Maria Victoria Trombly since there wasn’t enough room for all four names.

Then I got married and went back to my maiden name — Maria Victoria Korolov. Though legally that became my name immediately after the divorce, it took a couple of years to get everything else switched over. The Social Security Administration now has my new name. I was able to get replacement social security card same day processing. My passport still says “Maria Victoria Trombly.” My driver’s license has a typo — it says Maria K Korolov. My health insurance company lists me as Maria Trombly. To the IRS, I’m just Maria Korolov.

Meanwhile, there are hundreds of articles out there that show “Maria Trombly” in the byline, that I wrote for Computerworld and CIO magazine and for Securities Industry News and for The Hollywood Reporter and dozens of other publications — I spent the bulk of my professional life as Maria Trombly.

As a journalist, I also lived in China and in Russia. Both countries issued me official documents — accreditation cards, residency permits, and other documents.

My Russian name became Мариа Королов — a Russification of the name that was then on my passport, and which looks pretty weird to actual Russians.

In China, officials picked random characters that vaguely approximated the pronunciation of my English name. During the five years I was bureau chief there, different officials picked different characters at different times. To create a Chinese name, the usual process is to divide your name into syllables, and then pick Chinese words that have sound similar. For example, the English equivalent would be converting the name Korolov into core-oh-love. “Ma,” for example, can be written as one of many characters, meaning  horse, mother, ant, toad, mammoth, measles, scold, pile, abuse, grasshopper, or question mark. Which one did they pick? Probably depended on their mood and sense of humor.

It all depends on the context. There is no one “real name.”

Similar issues are faced by many people — maybe even the majority of people — including:

Then there’s the fact that, in many jurisdictions — including in Massachusetts, where I live — the law allows you to change your name without filing any legal documents by simply using your new name, as long as you don’t do it to defraud anyone.