By: Maria Korolov
With: 19 Comments

There’s been a lot written lately about how SOPA and PIPA would affect virtual worlds including Second Life.

The legislation would allow copyright holders to shut down access to Internet domains where pirated content is published — or even where there are links to other sites that have pirated content.

Currently, under DMCA, just the content itself needs to be removed — and site owners are immune from prosecution for copyright infringement if they comply.

SOPA and PIPA take this way, way, way too far. It’s like shutting down an entire mall because a teenager is singing “Happy Birthday” to his friends somewhere on its premises. Or shutting down WalMart because it sells blank cassette tapes which can be used to make mix tapes. 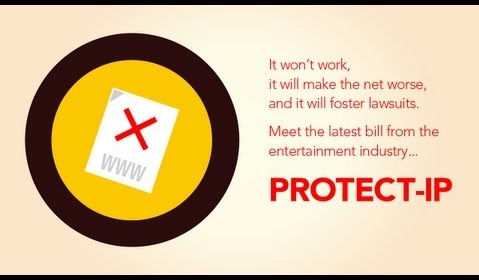 It’s clear the effect this will have on public social worlds. Since it is impossible to police what all the individual users are doing all the time, the technology would have to be crippled to prevent any uploads of any content whatsoever. You can buy things from the parent company — and that’s it. Â Without uploaded textures, uploaded sound files — even uploaded text — there isn’t going to be much significant user generated content.

Plus, you can’t allow chat. Users can share links to infringing sites. And if they can use voice, they can read those URLs out loud.

Every social world will be reduced to a 3D version of Farmville.

But what about schools and companies looking to use OpenSim for internal collaboration, meetings with potential customers and partners, offering tours to the public, or holding press conferences?

My company grid, for example. Yes, my company controls all the content on this grid. All the buildings and plants and furniture have been placed there by me or my employees. But if people are able to teleport in, they could trade illegal content — virtual goods, copyrighted images, copyrighted texts, and, of course, links to infringing materials. A virtual swap meet could potentially spring up on our virtual property — or any virtual property, for that matter, that’s open to the public.

The bills put the onus of proof on the site owners — not on the copyright holders. You’re guilty until proven innocent.

And defending against a shutdown in progress would be impossible. How do you prove that there’s no illegal link-trading going on at your grid?

Say, for example, I suspect that Ener Hax’s Enclave Harbor has copies of my columns posted in her world, in infringement of my copyright. Or that Ener reads my columns out loud while hanging out on her grid. Her grid could be the epicenter of international infringing activity — with me as the victim. Oh, the horror! I can file a request to have her domain shut down, so that nobody can access her grid. And her payment processing cut off, so nobody can give her money. And stop all advertisers from advertising there. What, she says nobody is trading illegal content there? Is she sure? Maybe someone snuck in while she wasn’t looking.

I could go after any potential competitor in the same way.

The thing is, the laws already in the book work. If someone picks up one of my articles without permission, I file a DMCA complaint with the hosting company, and the article is down the next day.

There are countries where enforcement is insufficient — but the answer isn’t to cripple our Internet, but to work on getting them to enforce the laws which they already have on the books.

I’m worried about this legislation. I’m worried that even if these two bills and canned, the same provisions will sneak in elsewhere, somehow. There’s too much money at stake for the corporate backers of these bills to just give up.

The answer is campaign finance reform. But, until we have that, we need to keep vigilant.