By: Alexander Duncan
With: 57 Comments

[Note from Editor: SimHost‘s James Stalling responded to this review with the following: “He was a difficult customer who did not give OpenSim a good evaluation before he got involved, and didn’t give it a fair shake after he got involved.Â Â I have to say that I disagree entirely with his notion of what occurred; but I think really they are more unsatisfied with OpenSim than SimHost, and we’ll just leave it at that.”]

To a Second Lifer used to paying as much as $12 or more per acre per month, $1 an acre seems like great value. That is the monthly price charged by a major OpenSim hosting company, chosen by Hypergrid Business as one of the four best OpenSim hosting companies, for 256 acres of virtual real estate. In Second Life the same area would cost nearly $5,000 per month! Such was my thinking when I contracted with SimHost to provide me with a 16-region grid recently.

My intention was to create DaseinWorld, a virtual environment for creators and educators. But, as I was to discover, buyer beware! Not all virtual reality worlds are fun and games. As the old adage states, you get what you pay for — $288 and three weeks later, I was to discover how true this is.

I should have been warned when the technician, who also appears to be one of the partners in this small business, claimed that OpenSim is a superior virtual platform to Second Life and the performance of his servers isÂ vastlyÂ superior to those of Linden Labs.

I confess I wondered about this too. After all, Linden Lab is a $500 million company with enormous resources at its disposal. And the success of his company — I reasoned — depended on my continuing satisfaction with their product, so, despite his weird claims, I assumed he must know what he was talking about. It did not take long for me to realize my mistake.

Even though I was told during my initial due diligence that SimHost would train me and my Second LifeÂ business partner in the technical aspects of OpenSim, including admittedly fragmentary documentation, once they had my money in hand they admitted that in fact the only documentation they had was an unfinished and abandoned book on OpenSim, and that all of the training would have to be through chat and email with a technician.

Even after three weeks the installation was incomplete and flawed, plagued by problems that SimHost finally admitted was not a configuration problem but rather a systemic failure of the OpenSim version itself, culminating in the declaration that the entire installation would have to be redone. Finally our techie acknowledged that despite his original claims, motivated apparently by the desire to make a sale, OpenSim is not really ready for production quality implementation. 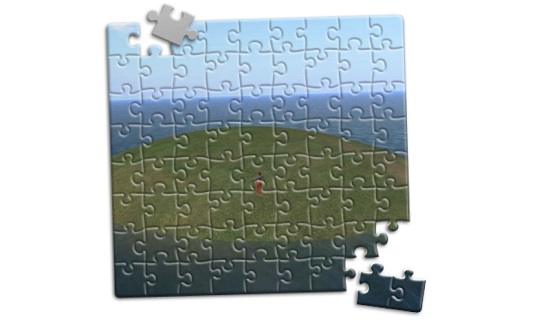 Even after three weeks and repeated complaints, DaseinWorld was plagued by problems, including:

Even though OpenSim does not support many features of Second Life, especially an in-world currency, and appears to suffer from serious internal politics including administatorsâ€™ abandoning ship and slow development, we intended to make the best of it and continue our project in the hope that over time OpenSim would eventually prove itself to be the superior platform.

We spent many hours creating and installing a landmap, partitioning the land and building a welcome centre and placing trees and buildings around the sim, as well as learning the intricacies of server management, the last straw came when our technician turned on us and, even though he admitted that the problem lay with the OpenSim installation itself, attacked us in the next breath for not learning MySQL well or fast enough, even though my associate is himself an experienced Unix and MySQL user with a background in engineering.

We, in turn, were seriously frustrated by his complete inability to communicate, his slow and irritable responses to our complaints and requests for technical support, and his failure to complete the installation within a reasonable timeframe.Â Â Despite my repeated requests to communicate with us from a user and task-oriented perspective, he seemed determined not — or perhaps unable — to do so. This was the last straw, and I cancelled the Paypal contract Â before SimHost could charge us for a second month. I also didnâ€™t think it would be fair to our future potential settlers to inflict all these problems on them.

Despite all of this, I am still a big fan of OpenSimâ€™s potential, if they can get their act together. But donâ€™t buy the lie that OpenSim is even comparable to Linden Labs in terms of stability, ease of use, or features. Perhaps they will be in the future, but OpenSim development is still behind Second Life.

Whether OpenSim will ever catch up is unknown to me, but for now, IMHO, OpenSim, not Second Life, is the choice of amateurs, enthusiasts, and geeks. I certainly would not recommend it for any serious purpose at this time. Most, if not all, OpenSim worlds that I have seen are sluggish, ugly, and incredibly complex to implement. What OpenSim desperately needs I think is to develop a true turnkey system with proper documentation, since not everyone is, or wants to be, a MySQL geek.

Alexander Duncan
Alexander Duncan is a long-time virtual worlds enthusiast, entrepreneur, and content creator, having been a resident of Second Life since 2007, where he was the proprietor of Gladstone Realty. Most recently he exhibited his Space Elevator at the SL8 Birthday Exhibition. He is also an obsessive blogger, with blogs and Youtube channels including An_2045, a blog about technocracy and the future. He is also a published writer, proprietor of Chroniker Press, writer, and and editorial director of a major Canadian financial educational publishing establishment.

Latest posts by Alexander Duncan (see all)
2012-03-09
Previous Post: Swondo
Next Post: The new frontier: on the hypergrid