Should we gamify the hypergrid?

By: Maria Korolov
With: 2 Comments

As of today, there are 100 grids in our Hyperica directory, all accessible – at least some of the time — by hypergrid teleport. That’s over 15,000 regions.

My researchers and I have visited just a couple of hundred. We try to hit the welcome region of each grid, and then explore to see if we can find noteworthy art exhibits, shopping areas, and other areas worth a look.

But really, there’s too much for our small team to do. And with the expected arrival of Hypergrid 2.0, some large commercial grids — including Avination and Kitely — will be turning on hypergrid connectivity, adding a few thousand more regions for us to index.

Not to mention all the new grids springing up every month. 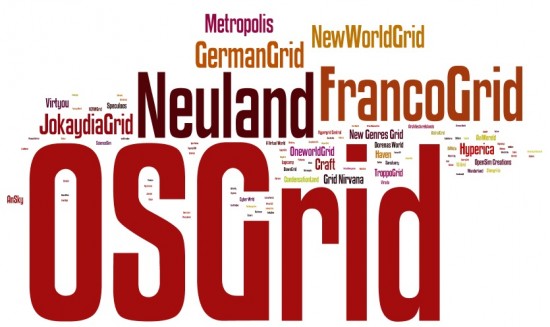 The thing is, moderated directories are critical during the early stages of a platform. The World Wide Web, for example, benefited a great deal by having Yahoo and other hierarchical directories around. That’s because, at the beginning, key word searches are almost useless. Some keywords — like “primitive” — are likely to result in a hit on every single region out there. Meanwhile, most other keywords will have no results at all. In addition, regions are worth visiting because of the activities that happen there — live music events, art exhibits, weight loss support groups — not the names of individual objects. After all, each of those regions is likely to have chairs, say — but that doesn’t do anyone any good.

Eventually, we’ll have enough in-bound gates for a Google-style popularity-based search to work. It will take a very clever person to figure out how to do it, though, since, unlike hyperlinks, OpenSim hypergates don’t come with descriptive text that makes them easy to index. Plus, it takes millions of inbound links for a Google-style system to work.

So I’m wondering, could we gamify the directory?

Finding new destinations and sharing them with the world is fun. I enjoy it, I think other people would, too.

I’ve been looking at a service called BigDoor, which helps site owners gamify their platforms, but we could start out with a manual system, as well.

This would also be an opportunity for vendors and grids to partner with us to promote their offerings. Participants could get recognition in the form of leaderboards or badges, virtual prizes, or the ability to curate and moderate the directory itself.

And, while Hyperica itself is a for-profit project — okay, we’re losing money on it now, but we’re hoping it will be for-profit eventually — the directory contents themselves are not subject to copyright. So we’re happy to share the listings themselves — the hypergrid addresses, the coordinates, and other factual information — with any outside third party. That includes commercial competitors, and also non-profit projects like a Wiki-style directory of destinations, if anyone decides to set one up.

What do you guys think?

Is this something that could work?

And what kind of rewards would people want to see?