By: Maria Korolov
With: 6 Comments

Stand4Love, an annual event in support of marriage equality, has expanded beyond its traditional base in Second Life to include an OpenSim grid, Avination, in this year’s celebrations.

“This event is actually our first Stand4Love eventÂ in a different grid other than Second Life,” said Stand4Love founder Editorial Clarity. “Our main focus was Second Life until one day Jazrielle said she had a club inÂ Avination too, and thought why not do the event in both worlds? We loved the idea and apparently Stand4Love isÂ getting an awesome response over in Avination now.” 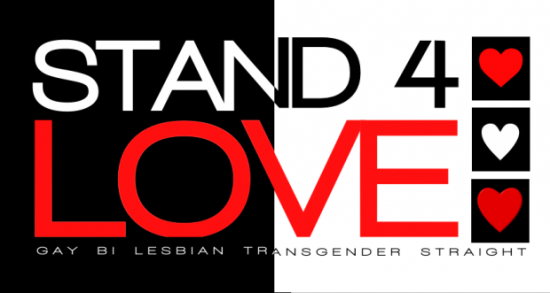 The highlight of the event will be dance parties this weekend, June 15 and 16, sponsored by True House Inc. and MiCasaÂ in Second Life.

“”The Southern Group is proud to host the Dance4Love event in Avination,” said Avination club ownersÂ Gord and Sheila Devonshire. “Equality amongst all people is of theÂ utmost importance for society to move forward as a whole. Nothing should ever stand in the way of any two peopleÂ expressing their love for one another. We look forward to the weekends events.”

A schedule of all the events is not yet available.

“The privileges and duties should be open to everyone, and notÂ just those who church and society deem worthy,” said AvinationÂ grid founder and OpenSim core developerÂ MelanieÂ Thielker in a statement. “In this day and age of overpopulation, the importance of marriage toÂ facilitate children has paled compared to it’s importance as an expression of love.Â The almost infinite freedom of virtual worlds should serve as an example for our real lives. Particularly the freedom ofÂ love and marry the person one adores should finally be granted and protected by law, worldwide.”

This year, the timing of the event is particularly relevant because the U.S. Supreme Court is currently deciding two cases related to marriage equality: the 1996 Defense of Marriage Act, which prohibits federal recognition of gay marriages, even if they were legal in individual states; and California’s 2008 ban on gay marriage, known as Proposition 8.

“It is indeed in support of the upcoming US Supreme Court decisions,” said Avination spokesperson Leonie Gaertner. “These events are held to create awareness of marriage equality and will hopefully also gain more publicly visible support to make the Supreme Court deciding the right thing also make more people aware about the issue in other countries.”