How to expect the unexpected

By: Maria Korolov
In: Maria's Worlds
With: 7 Comments

A couple of days ago, in Utopias, dystopias, and other traps, I wrote about the pitfalls of imaging a future whether either everything is completely awful, or unimaginably perfect — which often turns out to be secretly awful, anyway.

Other than digging a deep, deep hole and cowering in it, there’s really nothing you can do to prepare yourself for either.

So most people go about their business assuming that the future is going to be just like to day, except more so.

While this saves them from having to live in a hole, it also means that they get blindsided by developments and fail to take advantage of potential opportunities.

The impossible is inevitable

Step back in time to the mid-1980s. We all knew that we’d eventually die in a nuclear war, that Madonna was going to destroy our society’s moral values, and that you used a computer by typing in things on a keyboard. The Mac, which came out in 1984, was widely viewed as a toy.

Could you have foreseen — could anyone have foreseen — that, in a relatively short time frame, we would be carrying around a device that gives us instant access to an encyclopedia a hundred times bigger, but just as reliable, as the Britannica?

That many of the most popular software platforms would be created by volunteers working together and donating code?

That, at any moment, any of one of us could learn how to do anything or connect to anyone on the planet?

We can extrapolate from that. In the coming metaverse twenty years from now we can practice doing anything at all, guided by the world’s best teachers. And we won’t be able to just connect to anyone at all, but form relationships with them through working together, volunteering together, having fun together, or sharing other experiences.

Any experience — educational, entertaining, therapeutic, or social — will be instantly accessible by anyone, at any time.

Of course, extrapolation won’t help us foresee some of the emergent phenomena that will arise. Like crowdsourcing. Or social media. Or DogeCoin. But it’s one place start. 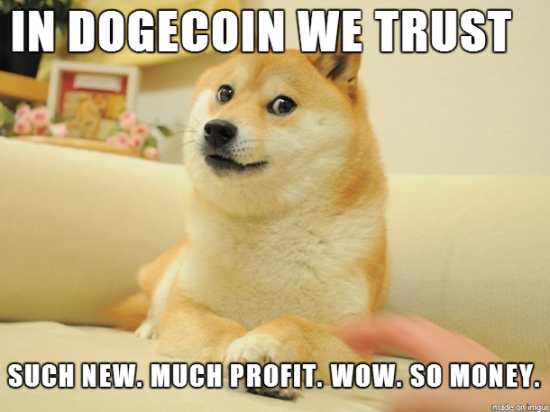 What are some of the business possibilities created by the ability to share experiences with large numbers of people, no matter where they are?

Needs of the future

Another way of trying to predict the future is to try to imagine what we would be spending our money on if we had unlimited amounts of it.

So, in the future, all of us with lawns might be having them custom-designed, as a combination of better lawn management technology and increased spending power. After all, if we’re spending less money for food and physical goods, we have to spend on money somewhere else. And there’s only so much entertainment we can consume.

In fact, this is already happening, with the emergence of previously-unheard of occupations such as professional closet organizer. And services such as personal chefs and personal shoppers becoming slightly more affordable for more of us.

In the future, each of us will have a personal stylist, personal assistant, and personal pillow-fluffer, with varying degrees of automation depending on how much we can afford to spend.

What else do only rich people have today, that more and more of us would want to have tomorrow? What are the possibilities this creates for new types of work, for jobs, for new businesses?

There’s also a third trend I’ve noticed in how work evolves. Think of some of the jobs that have been created over the past few years just because of technology.

Etsy, for example, allows people to knit cute cat pillows for a living. Before the Internet, it would have been hard for a would-be cat pillow knitter to find enough people looking for cute cat pillows to justify switching to that as a career.

And, speaking of cats, there are now people making a living by being the owners of famous cats. Not trained cats. But cats who look grumpy, or who like to jump into boxes.

Then you’ve got the YouTubers making money by playing video games sarcastically, making fun of music videos, or showing people how to put on makeup. There are artists funding their projects on IndieGoGo. English tutors meeting their students over Skype. Writers self-publishing their fan fiction on Amazon. Professional online poker players. Web cam strippers. Gold farmers.

This is the part I like best about technology. It allows us to replace dull, menial jobs like farming or factory work with fun, creative, personally fulfilling jobs.

And even the traditional jobs become more creative. The dairy farmer becomes the artisanal cheese maker, for example.

This is going to play out in two ways.

First, the menial and routine part of existing jobs will be eliminated. On the plus side, you’ll get to do more fun, more creative work, more meaningful work. On the down side, there will be fewer of the fun jobs available compared to the number of menial jobs that existed before.

Second, activities which were previously unprofitable hobbies because customers were too hard to find might now become viable.

Say, for example, you’re an adult who likes playing hide-and-seek. Chances are, there aren’t too many adults around who share the same interest. If there are, say, ten other people out there on the planet that like to do this, bringing them together to a single physical location might be impractical — but a virtual version of the same game could be affordable for everyone. And might, in fact, help create a community of players that might eventually grow large enough to support physical, real-world conventions.

Or you might enjoy teaching people how to gather wild mushrooms. Your local area might have enough interested people to allow you to run a workshop and do a hike once in a while. Moving the workshop and hike into the virtual world would allow you to expand your potential customer base dramatically.

What other activities could potentially improve people’s lives, but are too impractical to monetize today?

For me, the worst possible future is one where each of us has everything he or she needs, everything is free, there is no money, and we can hang out with our friends all day, or sit around and watch TV or play video games.

For some people, this sounds like the exact definition of utopia.

It’s easy enough to test out how happy you would be — just move into your parents’ basement. Your needs will be taken care of, you won’t have any money, and the only thing you’ll be able to do all day is watch TV, play video games, and hang out with your friends.

Imagine that. No bills to pay. No classes to go to. No job. Sleep in as late as you want. Hang out in your bathrobe all day.  Not for a day. Not for a week, or a month. For ever. It’s pretty much a description of clinical depression, isn’t it?

We feel sorry for people who are in this situation. We don’t think they’re lucky, though we might have a couple of hundred years ago, when this lifestyle was only available to the nobility.

The unemployment rate isn’t affected by technological obsolescence, except in very limited, local ways. Otherwise, only 1 percent of us would be farming, and the other 99 percent sitting around idly waiting for the farmer to come along with our food.

No, what happened in practice is that eventually people found things to do that the farmer was willing to trade things for. Manufacturing. Medical care. Construction. Transportation. Communication. Entertainment.

One final preview of the future

Just take a look at Second Life. In Second Life, you can create anything you want, for free, out of thin air. You’re never hungry or tired or cold.

And doing things for other people fulfills a key human need. The need to be appreciated, to be respected, to be valued.

You can’t replace that. Having an animated character tell us we’re great is better than a slap in the face, sure, but it’s even less meaningful than the fast food employee wishing us a nice day. Sure, it’s better than dealing with a surly clerk, but it won’t provide meaning for our lives.