Control VR gloves halfway to $250,000 Kickstarter goal after one day

By: Maria Korolov
With: 3 Comments

Today, the leading contender for the default virtual reality input device are hand-held controllers such as the Razer Hydra from Sixense, or camera-based systems which are limited by the camera’s line of sight.

Now, Los Angles-based Control VR is attempting to change the game — so to speak — with a Kickstarter for a glove-based controller. According to the company, the controls are accurate enough to be used for sign language and medical simulations, and fast enough for action games. 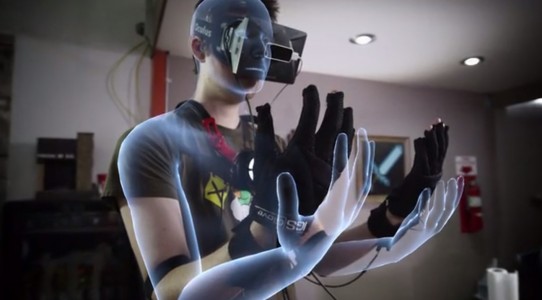 The Kickstarter began yesterday and has already reached more than half of its $250,000 goal.

The campaign ends on July 5, with delivery scheduled by Christmas of this year.

A two-glove development kit ships at the $600 pledge level.

Watch the promo video below: