The â€œdark metaverseâ€ of private OpenSim grids gained regions at four times the rate of public grids, according to Hypergrid Business projections based on a survey of hosting providers.

Last year, private grids accounted for an estimated 60 percent of all grids, adding up to 50,070 regions in the â€œdark metaverse.â€ 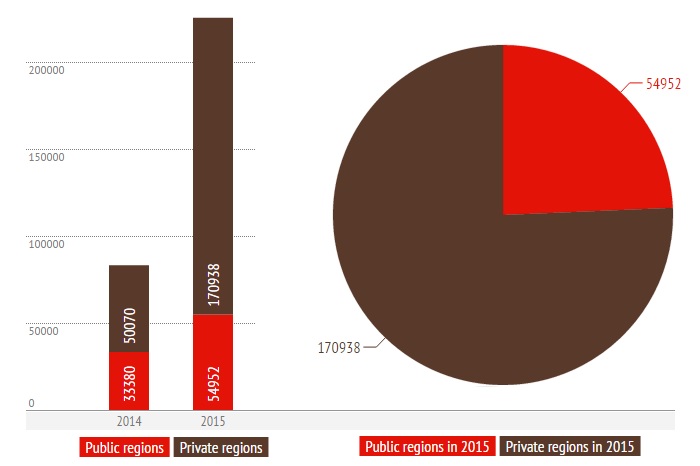 That is the equivalent of 14,812 square kilometers of land area, just a little bigger than the state of Connecticut.

To come up with this estimate, I asked the leading OpenSim hosting companies to tell me what percent of their grids and regions were in private mode, inaccessible to the public.

Ratios varied by provider, from 30 percent to 80 percent of grids running in private mode. A weighted average of the results was used to create a projection of the total size of the OpenSim metaverse.

These numbers are not out of line with the fact that the four major distributions of the OpenSim software have been downloaded more than 215,000 times.