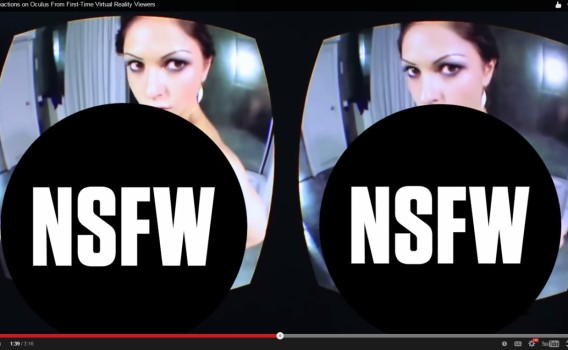 The videos can be watched onÂ most virtual reality headsets including Oculus Rift, Samsung Gear VR, and Google Cardboard-compatible viewers with both Apple and Android smartphones.

Oculus Rift, set to begin shipping at monthâ€™s end, is supported via Pornhubâ€™s official playerâ€”likewise powered by BaDoinkVR technologyâ€”and all VR videos are available for download to play on the device.

According to estimates from Piper Jaffray, an investment bank and asset management firm, by 2025 adult virtual reality is forecasted to be a $1 billion business, the third biggest virtual reality sector, behind videogames and NFL-related content.

Watch a safe-for-work promo video below: