Review: VR Fold a great folding headset for under $10

It took about a month, but I finally received my VR Fold headset, and I like it, especially the fact that the lenses can be adjusted in three different directions. This isn’t a review copy of the viewer — I paid for it with my own money. 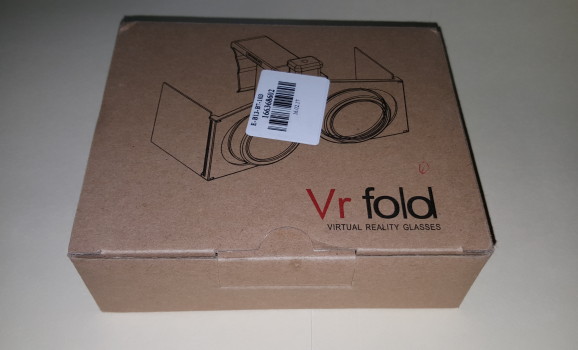 The VR Fold is decently though not particularly beautifully packaged in a plain cardboard box with a second cardboard inset inside to keep it in place. Mine came with a small English-language manual and two cleaning kits. 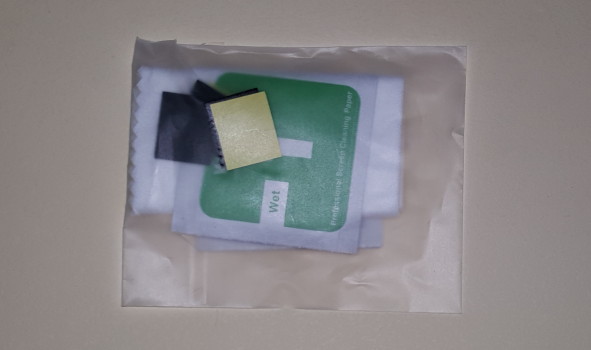 The headset itself was inside a bubble-wrap pouch.

There was no protective case for the headset, which means that the lenses could get scratched. I plan to keep mine inside the bubble-wrap, if I can’t find a better bag to put it in.

In addition to the three-way lens adjustments, the other distinguishing feature of this viewer is the flaps on the side, which help reduce some of the outside light.

The other problem with this headset — as with many Chinese-made headsets — is that it does not come with a QR Code. However, a reader has just created a QR Code specifically for this headset. Here it is:

With the Galaxy S6, the viewer seems to have an extremely wide field of view — I’d estimate it at roughly 95 degrees.

This headset seems like a great alternative to a cardboard viewer for a promotional giveaway. There’s plenty of room for corporate branding on the side flaps. My suggestions would be to also include a carry pouch for the headset, and create a QR Code for it.

In addition to purple, the headset also comes in red and black.

Disclosure: Some of the shopping links may be affiliate links, when available.

Some sites also bundle it with a remote controller, but this viewer allows full access to the phone screen, and tapping the screen is equivalent to pressing a button on Google Cardboard. Plus, you’ll need both hands to hold the viewer up to your face. You won’t have a hand to spare to hold a controller with.

Latest posts by Maria Korolov (see all)
2016-03-18
Previous Post: 10 questions to ask before buying a Google Cardboard VR headset
Next Post: 10 lessons from the making of ROBstock