The latest version of the YouTube app can play any video in virtual reality mode, on both Android smartphones and iPhones.

Just open up the app on your smartphone, and pull up any video. 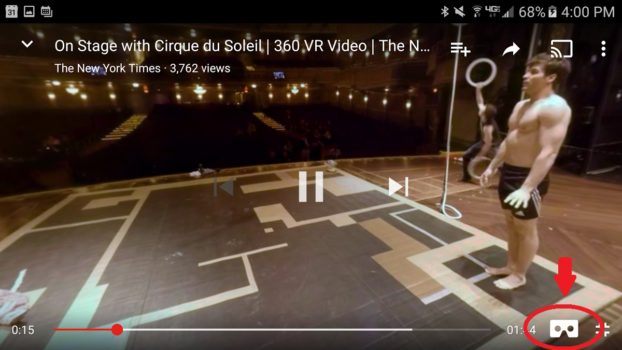 Notice the little Cardboard outline at bottom right? It’s circled in the image above.

Hit play and then click on Cardboard icon to switch to VR mode.

Now you should see the side-by-side virtual reality view where you feel in the middle of the action. 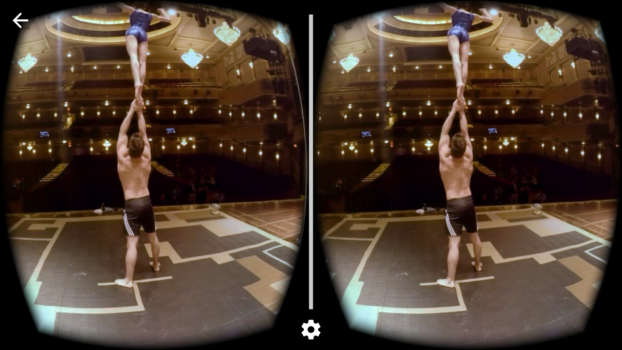 Now put the smartphone into your Cardboard-compatible viewer and enter the video.

But what if you want to watch a regular video, one that wasn’t filmed in 360-degrees?

You can still watch it with your headset. It will feel a bit like you’re sitting in an extremely dark movie theater, watching the video on a giant movie screen.

Again, open the video on your smartphone. 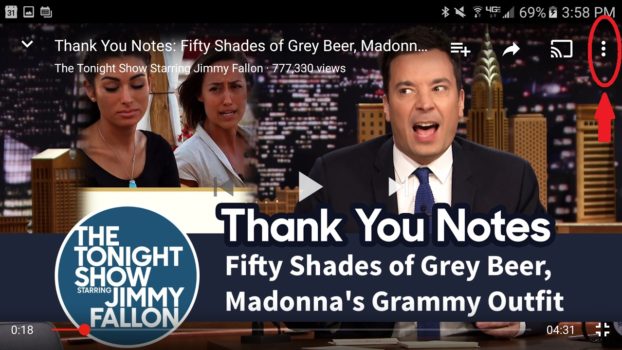 Start the video, then click on the three-dot settings button at the top right.

A menu will pop up. 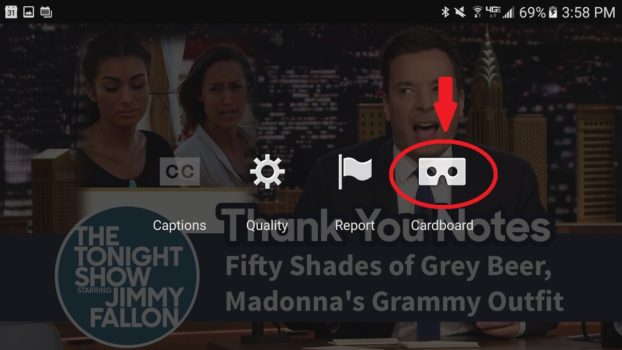 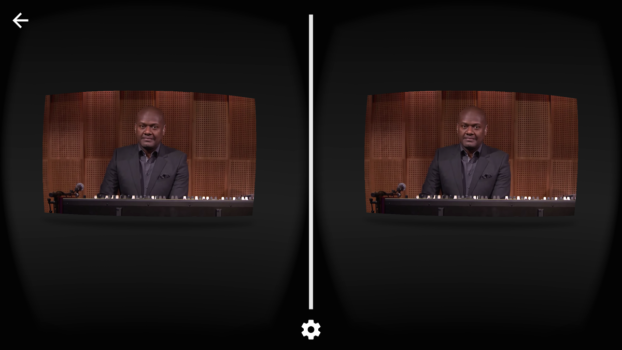 Now the screen will switch to side-by-side view, and you can put the phone into your headset.

Want to find more 360-degree and VR videos? YouTube has a VR channel.