By: Jamie Field
With: 3 Comments 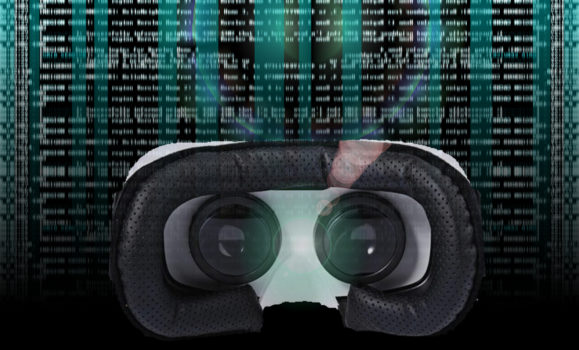 In 1992 Indie filmmaker Robert RodriguezÂ made a movie with a budget of just $7,000. In Hollywood terms thatâ€™s the equivalent of a cappuccino. El Mariachi went on to gross $2 million at the box office.

What caused this low tech action flick to be so successful that it went on to spawn two equally popular sequels? RodriguezÂ had a great script. And not just good great, really great. Proving yet again that story is everything.

The entertainment industry certainly has the budget, audience pull and creative resources to fully harness the power of virtual reality.

Consumers are already comfortable with the medium from a gaming perspective, so it wonâ€™t be long before they start expecting a richer, more immersive experience, from movies and other forms of entertainment as well.

Over the next few years weâ€™ll see entertainment companies jumping on the virtual reality bandwagon, but that doesnâ€™t mean they will all be successful. To get it right, virtual reality needs to be at the heart of any project with the creative molded around the medium.

In other words, you need a story thatâ€™s worth telling in virtual reality. Your content needs to lend itself to being immersive. If youâ€™re not sure, start by answering this question: Will shooting for virtual reality — or in 360 degrees — add to the overall viewing experience?

For example, if itâ€™s a straight forward talking head interview then a traditional live action shoot will definitely suffice. Thereâ€™s no point plonking a 360 camera in the room if thereâ€™s nothing of interest in it other than the person speaking.

On the other hand, letâ€™s say youâ€™re working on an anti-tobacco campaign and want to demonstrate the dangers of smoking. In this case virtual reality is absolutely the way to go. You could create an experience where the viewer is actually inside the lungs and able to witness first-hand the damage caused by smoking.

As Oculus creative producer Yelena Rachitsky says, VR filmmaking is about creating a playground for your audience. Your story needs to embody that sentiment. Letâ€™s look at some examples of virtual reality and 360 done right.

The Vergeâ€™s 360 interview with First Lady Michelle Obama is a great example of how you can use narrative to steer the viewer to look around. Theyâ€™ve also taken full advantage of the 360 space, offering the viewer a behind the scenes look at the interview.

The United Nations is using the technology to raise global awareness and build empathy. Now the viewer is no longer on the outside looking in, but is actually standing in the environment. Itâ€™s almost impossible not to empathise under these circumstances.

Charity: Water raised a whopping $2.4 million in one evening by inviting guests at their annual black-tie fundraising banquet to take a trip to a small village in Ethiopia. And theyâ€™re not the only non-profit turning to VR to raise money.

Pencils of Promise created a 90-second film to transport its audience to Ghana to see how education is transforming the rural community of Toklokpo. To date it has helped the organisation raise $1.9 million and continues to serve as an important tool in their fundraising efforts.

Virtual reality allows us to go places weâ€™d never otherwise be able to go. We can see what life is like in solitary confinement or get up close and personal with a great white shark. But how we get there is not as important as where weâ€™re going.

Too many people obsess about the quality of the headsets, when the real success of a virtual reality experience is about the content. Done well, more sophisticated viewing devices will just heighten an already great experience â€“ they wonâ€™t make or break it.

Jamie Field
Jamie Field is Head of Production at TopLine Comms, an integrated and virtual reality agency where client service, creativity and exceptional coffee form a holy trinity. When heâ€™s not on set, youâ€™ll find Field playing Ping-Pong or geeking out over expensive cameras.