First, I’d like to begin by saying that we in Kitely find High Fidelity’s commitment to building an open-source foundation for a virtual reality metaverse commendable.

We’re rooting for their success, especially as some virtual world pundits seem to be willing to forgo having an open metaverse in exchange for being given access to a cheaper or — currently — more polished platform that creates single-vendor lock-in.

In my opinion, if you care about your future rights then you shouldn’t help promote platforms that will limit your freedoms down the road.

Specifically, if you care about content ownership then focus on helping build the ecosystem of open-source virtual reality platforms such as High Fidelity. Even if you’re planning on using a walled garden solution — such as a “closed grid” — make sure that it will be based on a platform that is open source and has more than one vendor offering services for it.

Another point that is important to state up front is that blockchain technology can be very useful for things that have a low transaction rate and don’t require anonymity.

If you want to keep a public record of real estate ownership where the identities of the owners are publicly known then a blockchain is a great way to do so. However, the very nature of the public ledgers that blockchains utilize makes anonymity very hard to protect over time, especially if transactions can be correlated with data gathered from third parties.

See for example this article which explains how various techniques used to anonymize Bitcoin transactions can be overcome using data from online marketplaces to find the real identities of the buyers.

While the article states some ways of protecting against these particular vulnerabilities, history has taught us that with enough data, partial knowledge of what the data represents and various mathematical techniques, researchers eventually find ways to bypass all anonymization schemes.

This is a problem for a system that defines content ownership, especially if the people designing it assume that they can promise anonymity to the people using it, which the High Fidelity article does.

If you have no problem with people knowing everything you buy or claim the right to use then that’s not an issue that should bother you.

However, if you want to use any content which you wouldn’t want any party that is interested in tracking your actions to know you use then you should avoid having your association with that content become part of a permanent public record such as the proposed public inventory blockchain.

Another big issue with the proposed system is that most legally licensed content in people’s possession will not come from marketplaces.

People will save and share those videos with their friends in multi-user virtual environments that will be accessed using personal virtual reality devices.

In time, the entities in those volumetric videos will be automatically separated into manipulable objects that people will be able to copy and store in their inventories for use in other environments.

When that happens the number of new 3D objects people create and acquire each day will greatly surpass the number of objects they acquire in marketplaces.

If a significant portion of that user generated content were to go through such a review then identical 3D scanned objects will likely be submitted by many different people, making it very problematic to determine ownership of new content without dealing with a lot of user contention, thus making the proposed review phase unscalable.

As a result, systems wouldn’t be able to rely on the inventory blockchain to determine if content is legally licensed by the people trying to rez it, thus requiring additional means to verify content licensing. As the proportion of content that isn’t registered in the blockchain increases compared to that which is included in it, the inventory blockchain’s value will decrease for determining who should be allowed to rez particular content.

A problem of time and space

A third problem is that even if all the transaction speed problems that currently exist with various blockchain implementations were to be resolved and the global inventory blockchain was able to handle hundreds of thousands of transactions per second, storage and bandwidth costs would make it very expensive to host a copy of the blockchain.

Remember, the aforementioned numbers are just for storing content ownership changes, they don’t include the much higher number of content ownership checks and actual item transfers that need to be made as people move with their avatar from one place to another rezzing items as they go.

Also, the blockchain itself only holds hash values representing items and the “secret” keys representing avatars involved in transactions involving these items. Managing the actual items themselves consumes orders of magnitude more storage and bandwidth than handling just their hash values.

An inventory system that doesn’t address the actual complexities involved with storage and transfer of items in people’s inventories is lacking critical components.

The takeaway from all this is that the proposed approach is very problematic. If this is what High Fidelity ends up using then we’ll support it once Kitely Market starts delivering to the High Fidelity grid, but we think that there is a better way to manage inventories and content licensing in a multi-grid Metaverse. We’ll discuss that alternative once we announce that service. 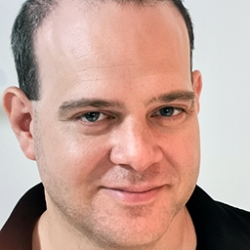 Ilan Tochner
Ilan Tocher is the CEO and co-founder of Kitely. Follow him on LinkedIn and Twitter.