Facial recognition in 2020: biased and wrong

By: Alex Korolov
With: 0 Comments 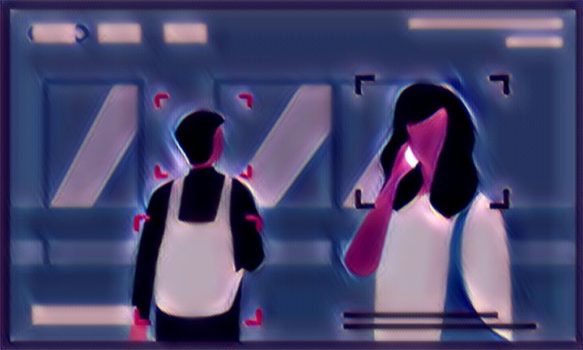 Imagine you’re driving to work, get pulled over, and told you’re being arrested for a felony. This happened to Michael Oliver. Last year, he learned that the police had profiled him from one grainy cellphone video that didn’t look like him at all. Fortunately, his case was dismissed but even being arrested is no joke.

He wasn’t the only one who learned not to trust AI facial recognition in 2020.

“Facial recognition in law enforcement is a big deal,” AI expert Steve Shwartz toldÂ Hypergrid Business.Â “We can recognize terrorists but the problem is that the facial recognition software is by and large biased against minorities.”

Harrisburg University researchers said they developed software that could predict if someone is a criminal, based solely on a picture of their face. Critics said it wasn’t based on accurate science and 1,700 academics signed an open letter demanding the research remain unpublished. The press release about the software has since been deleted from the university website.

“In China theyâ€™ve basically hooked up the feeds from almost every camera in the country and theyâ€™re monitoring them centrally using AI computers and technology to bring about whatâ€™s effectively a big brother scenario from George Orwell’s 1984,” said Shwartz.

“China uses facial recognition to profile Uyghur individuals, classify them on the basis of their ethnicity, and single them out for tracking, mistreatment, and detention,” a bipartisan group of seventeen senators said in a letter to Secretary of State Mike Pompeo in March 2020.

AnÂ ACLU study tested Amazon’s face surveillance technology and found it incorrectly matched 28 members of Congress as people who had been arrested for a crime.

The errors in facial recognition don’t just affect one group.

“With domestic law enforcement images, the highest false positives are in American Indians, with elevated rates in African American and Asian populations — the relative ordering depends on sex and varies with algorithm,” said a 2019 report by the National Institute of Standards and Technology Interagency.

“We found false positives to be higher in women than men, and this is consistent across algorithms and datasets,” said the report.

It looks like big business and local and state governments are seeing the risks and taking action this year.

Some cities have already banned the use of facial recognition technology, like Boston and San Francisco,Â both cities seeing the potential abuse of the software.

Facial recognition software grew twenty times better at searching a database to find a matching photograph between 2014 and 2018, but many big companies have pulled out of contracts with law enforcement this year, including Amazon, Microsoft, and IBM.

A new law will take effect on July 1, 2021 in the state of Washington, which places safeguards on the “unconstrained use of facial recognition services by state and local government agencies which poses broad social ramifications.”

“One thing weâ€™ll start seeing is companies emerging to help people who develop AI software make the software not discriminate, make sure itâ€™s compliant with laws, and to analyze the risks involved in rolling out AI software,” said Shwartz.

It’s good to see businesses and governments in the United States take responsibility for AI facial recognition software and not try to force it down our throats.

It’s an emerging technology which in the long run could benefit society, but it has flaws that absolutely need to be fixed before mass implementation, and it’s a good thing we haven’t adopted it here like in China, which has a type of government rule most Americans wouldn’t want to live under.

With government oversight, including strong legislation to protect individual rights and in cooperation with the tech companies that develop facial recognition, this technology could be used to benefit the general public, but we’re not there yet.