Shanghai plans to spend big on the metaverse

By: Ryan Brooks
With: 0 Comments

Shanghai, China’s largest city, is about to invest billions of dollars in the metaverse.

Though its exact definition is unclear, the metaverse is basically supposed to be a 3D version of the internet where people can live their digital lives and interact with each other through avatars.

The metaverse is being hyped by some big tech companies. For example, Facebook CEO Mark Zuckerberg announced last October the company was rebranding to Meta and would focus its future on the metaverse.

Wu Jincheng, director of Shanghai’s Economy and Information Technology Committee, said in a July 8 news conference that Shanghai is allocating $1.5 billion to its very own metaverse fund and that the funding would be used to create ten large companies and 100 smaller organizations that specialize in products and services related to the metaverse.

According to a policy paper released by Shanghai in July, the city is aiming to cultivate a $52 billion metaverse industry by 2025.

The official statement is among the first in the Chinese government to mention any funding for the metaverse.

According to the Shanghai government policy paper, the metaverse budget and advancements should be for “public services, manufacturing, production safety, entertainment, and games.”

In the same report, it was stated that sensor technology, 5G, and real-time interaction were also priorities for technology research by 2025. This may allow headsets to communicate with lower latency and higher bandwidth, supporting more realistic and immersive environments. 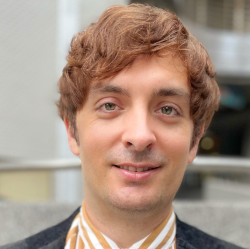