By: David Evans
With: 0 Comments

According to psychologists, three reasons people love VR are that it reduces stress, helps us face our fears, and lets us have fun by warping our normal sense of time.

As the VR industry takes off, VR headsets have become more affordable and accessible, leading to even greater adoption among the everyday consumer, especially gamers.

IDC predicts that over 43 million VR devices will be distributed worldwide by 2025, representing a seven-fold increase from 2020.

According to a 2021 study on VR and stress-reduction, performed by researchers from King’s College London’s Institute of Psychiatry, Psychology & Neuroscience, relaxation occurs when people perceive themselves as experiencing a state of low tension, which can happen during leisure activities like playing VR games.

The study concluded that VR may be a useful tool to promote relaxation in the general population.

“Experiencing calm virtual audio-visual environments removes users from stressful situations, aiding stress management and relaxation amidst the challenges of everyday life,” the study said. “Increases in relaxation, as well as decreases in stress, arousal, and anxiety, have been shown to result from exposure to pleasant virtual environments.”

That said, the researchers also noted that the use of VR as a tool to promote relaxation is still being studied, and more research is necessary to understand the long-term effects.

It’s also important to note that not all VR games are particularly relaxing, although many VR companies may offer multiple options.

For example, 60out, a Los Angeles-based VR escape room, offers VR games that sound decidedly terrifying — looking at you, “House of Fear” — but they also offer more relaxing adventures that place a stronger emphasis on figuring out puzzles while still exploring the vivid new worlds VR has to offer.

VR helps us face our fears

A 2021 study from psychologists at the University of Catania has shown that VR games can help people overcome certain mental health conditions, including social anxiety, by generating a safe space to overcome their fears.

The study explains that, while the preferred treatment for social anxiety is exposure therapy, in which patients are exposed to their fears in order to help treat them, this can be an expensive and potentially disturbing solution for patients.

VR can eliminate these two problems, according to the study.

“By providing users with a highly realistic, flexible, engaging, safe, and controllable simulation, they are able to acquire the skill, confidence, mental and psychophysical preparation to face real-world activities,” said the study.

In other words, VR allows people to practice facing their fears in a safe environment.

For example, many people can’t deal with a lot of people at once, such as in a crowded shop or at a concert, and experience terrible social anxiety as a result.

During a VR simulation, therapists navigate patients through their fears and phobias of crowds by teaching them calming techniques. Patients can use these methods in their daily lives, so when they feel a sense of panic, they can use their VR simulation training to overcome their social anxiety.

VR games can also provide a strong sense of accomplishment, which studies show is one of the most important determinants of positive psychological well-being.

“VR allowed me to kind of show myself what I was capable of,” said Julian Apellanes, a champion esports player who took advantage of VR programs for social anxiety, in a recent article for Upload VR, adding that he’s been “continuing the momentum since then.”

VR warps our sense of time

While losing track of time can be a bad thing — hello responsibilities — VR gamers looking for a break from the world can experience an altered perception of time where they forget to even look at the clock.

Most gamers have been there — they’re playing a game and then suddenly look at the time and realize it’s much later than they thought.

As it turns out, this happens frequently with VR.

Researchers from the University of California Santa Cruz have identified a concept called time compression where time goes by faster than a player realizes.

Cognitive science undergrad Grayson Mullen worked with psychology professor Nicolas Davidenko to perform a study on how virtual reality affects a game player’s sense of time differently from playing on a conventional monitor.

Participants in the study ended up playing a VR game for 28.5% more time than they realized.

Davidenko theorizes that the time compression effect is a result of the fact that VR separates players from awareness of their physical bodies.

“There are theories that we may rely on our heartbeat and other bodily rhythms to help our brain track the passage of time, so if you have a less vivid sense of your body in virtual reality, you might be missing the pulses of this timekeeping mechanism,” said Davidenko in a release.

The study found that this experience was more intense when playing a VR game than a game on a traditional computer monitor or TV screen.

“This is the first time we can really isolate that it’s not just that you’re playing a video game or the content of whatever you’re seeing,” said Mullen in the release. “It’s really the fact that it is virtual reality versus a conventional screen that contributes to this time compression effect.” 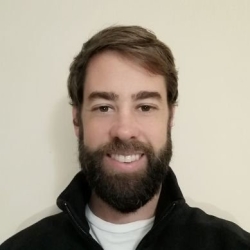 David Evans
David Evans is a freelance writer covering topics on interactive games and entertainment. He writes to share knowledge with companies and individuals about how games can help with self-improvement and team building.