If you’ve never entered the metaverse, it turns out you’re not alone.

A whopping 91 percent have never even accessed the metaverse, according to the results of a November survey by GetApp of almost a thousand UK consumers.

And of those who’ve entered the metaverse, most only did so recently.

Of the nine percent that have tried the metaverse, 49 percent first used it less than six months ago.

According to the survey, some do want to try out the metaverse, but others aren’t interested or have concerns about the technology.

While 51 percent of those who haven’t accessed the metaverse are interested in doing so, 40 percent said they’re not interested at all, the top reasons being a lack of interest in metaverse technology, a desire not to depend on technology even more, or they don’t think it’s practical because of the equipment that’s required.

The metaverse probably isn’t a realistic possibility for much of the UK population at this point, said Sukanya Awasthi, content analyst at GetApp UK, in a press release.

“GetApp’s study reveals how UK consumers have mixed emotions regarding the metaverse,” he said. “However, despite this, consumers overall agreed that the metaverse is here to stay and will impact everyone’s life to a certain extent.”

Most people confused about the metaverse

You’re not alone If you haven’t heard about the metaverse or you’re confused about exactly what it is.

Only 37 percent of those surveyed by GetApp said they knew exactly what the metaverse meant.

Of those surveyed that haven’t tried out the metaverse, 44 percent said they didn’t even know how to enter the metaverse.

Others thought that the technology wasn’t affordable, with 28 percent saying it was too expensive.

Some people thought the metaverse wasn’t ready for the public, with 20 percent saying the technology still needs to fully develop.

Of those people who have tried the metaverse, most use it for gaming, according to the GetApp survey, with 62 percent using it for that purpose.

Besides gaming, socializing is the main reason people like to use the metaverse.

Of those using the metaverse for socializing, 33 percent use it for interacting with other people, and 31 percent use it to attend virtual conferences and events.

Want to know more about how UK consumers view the metaverse? 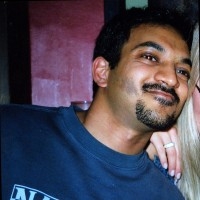 Romel Madray
Romel Madray is a freelance business and technology writer who covers accounting, auditing, and cybersecurity. He also writes technology news and book reviews for MetaStellar. Follow him on LinkedIn.