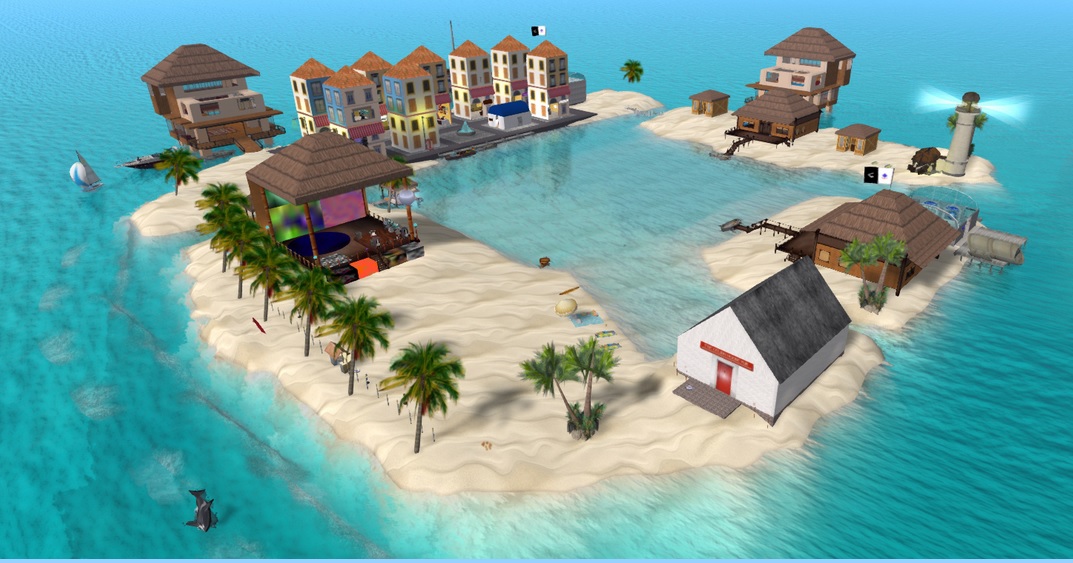 Pirate’s Atoll announced today that the grid is moving to DigiWorldz. The Atoll has been a small, hypergrid-enabled standalone minigrid hosted with Oliveira Virtual Lands. Grid owner John Simmons, also known as Strannik Zipper in-world, said that he decided to move the grid to be closer to DigiWorldz’ music scene, to take advantage END_OF_DOCUMENT_TOKEN_TO_BE_REPLACED

US$12 for a 15,000-prim region on OSgrid, any other open grid, or as a standalone. No setup fees. With Web-based management console, hypergrid, voice. END_OF_DOCUMENT_TOKEN_TO_BE_REPLACED

Maria Korolov - 6/23/2021
All OpenSim stats up, despite OSgrid cleanup
Seth -- I don't want to be in the business of evaluating the "worth" of any particular region. A grid might have 25 traditional water regions that might be totally empty, and have no visitors. And...

Balpien Hammerer - 6/23/2021
All OpenSim stats up, despite OSgrid cleanup
Disagree. See what I posted above. There are several characteristics that carry value: spaciousness, avatar concentration, speed and amount of resources to run scripted or physics or network...

Balpien Hammerer - 6/23/2021
All OpenSim stats up, despite OSgrid cleanup
Seth wrote in part: "The number of actual regions more closely represents a grid's actual capacity. A 5x5 var can't handle any more avatars, scripts, or prims..." No it does not. A region is a...

Seth Nygard - 6/23/2021
All OpenSim stats up, despite OSgrid cleanup
The number of actual regions more closely represents a grid's actual capacity. A 5x5 var can't handle any more avatars, scripts, or prims than a single standard region can so therefore should only...

Maria Korolov - 6/22/2021
All OpenSim stats up, despite OSgrid cleanup
My personal view is that discrete regions -- i.e., separate named regions -- are a backend database issue, not a user-focused issue. To a user, it matters how much land there is, and how much stuff...