PODEX, the Wilmington, Delware-based virtual currency exchange, announced today that it now has a presence in AvinationÂ and is offering their services for business and residents of that grid.

Avination is the third-busiest grid running on the OpenSim platform, according the most recent Hypergrid Business data, and is theÂ eighth-largest grid by land area.

“WithÂ PODEX entering the market, Avination users now have one more exchange toÂ trade their virtual currency between Avination and Second Life and alsoÂ buy and sell C$ using many different payment methods, from Paypal toÂ direct debit, bank transfers as well as credit cards,” Avination said in an announcement. “Even MoneybookersÂ is among their payment methods.” 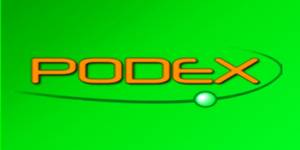 ATMs can also be found at in-world malls, shoppingÂ districts and living areas. With them PODEX offers an affiliate programÂ for residents. Additional Â information is available atÂ http://www.avination.podex.info

“The improvements and new safetyÂ features being installed currently will increase the reliability ofÂ business transactions in Avination even further,” the companies announced.