Speak up now for net neutrality

By: Lawrence Pierce
With: 2 Comments

This is it. This is the kind of moment every democratic citizen argues for: An opportunity to give voice to your demands as a citizen. Donâ€™t waste it. Act now.

On May 15, the Federal Communications CommissionÂ began seeking public comments on how best to protect an open Internet. The public comment period is 120 days. The deadline for the first round of comments is July 15.

Writing anything at all is good — numbers always count for something. Writing something you believe in is even betterâ€¦

Have you already become informed and have your thoughts ready to go? Do you favor net neutrality? Here is a site with a pre-formatted form and comment suggestions to speed you on your way to making an actual FCC comment: DearFCC.org

To find out what net neutrality is all about, I highly recommend starting with the Wikipedia article on net neutrality as an overview, the ACLU’s take on the issue,Â the FCC’s own Open Internet site, and Bill Moyers’ Net Neutrality report on PBS.

In my own evolution on this issue, I started out in opposition to net neutrality. And here is why: I heard a discussion on National Public Radio with the former head of the FCC, and he made some compelling arguments for a tiered service model. First of all, the medical services argument. There are some medical monitoring services that use the Internet and their reliability can be a matter of life and death. So, one area that compels serious consideration is whether medical services like this should be able to pay for and receive preferential bandwidth. On the face of it, I would easily agree that yes, medical services merit priority over everything else.

A second point made was that many services, like email, do not suffer if relegated to slow or erratic transmission speeds. This seems logical enough. More specifically, if the transmission of an email is completely stopped mid-stream, due to bandwidth competition, and is then resumed moments later, the interruption is inconsequential. Itâ€™s hard to be bothered by something that has no discernible effect.

The particular issue of transmission interruption led to a third consideration, though, that of streaming services like Netflix. Unlike the email example, it is very much a problem if streaming videos stop and start. On the one hand, this may seem like itâ€™s all about the corporate entity complaining about the impact to their bottom line, but there is no doubt that the consumer is equally perturbed by such service interruptions. In this case, the benefit of ensuring high-speed protected service for such service providers benefits the â€œcitizenâ€ as much as the â€œcorporationâ€.

These are examples of what I mean by â€œcomponent issuesâ€. As is often the case with major concepts and systems, the way forward is rarely black and white. However, Iâ€™ve become much more in favor of net neutrality, for a number of other important reasonsâ€¦

I now feel that exceptional needs, such as medical services bandwidth prioritization, can be non-disruptively integrated into our overall implementation of net neutrality, while preserving the guiding principle of a level playing field, whereas if we abandon net neutrality as a guiding principle, the technology will fall into such profound direct manipulation by financially and politically powerful entities as to make any use of the term, â€œlevel-playing field,â€ a quaint footnote in the history of the Net. 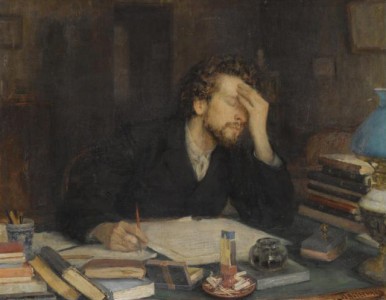 Here are some of the reasons behind my concerns:

One of the main arguments against net neutrality has been the proposition that net neutrality regulation would hamper innovation. Wikipedia notes that John Thorne Â — senior vice president and deputy general counsel of VerizonÂ –Â has argued that Verizon would have no incentive to make large investments in superior infrastructure if they were prohibited from charging higher preferred access fees.

In my opinion, this is utterly disingenuous. We have reached the point today of myriad services, underpinned by huge investments in infrastructure, and lead by providers such as Verizon, already all under the concept of net neutrality. To say that future innovation will not occur is fear mongering. The real issues are much more about business than innovation. If Verizon can charge more money, they can invest faster, and with less competition. Thatâ€™s good for Verizon. Also, building out infrastructure is related to, but not identical with, innovation. Fiber-optic networks, the technology referenced by Thorne, is a well-established technology that will already see advancements without the kind of alarmism they promote as a way to scare the FCC into making possible the extraordinary fee-impositions through market manipulation they suggest they must have.

Another reason I am concerned is that dependence on the Internet is no longer a choice, but rather an implicit necessity of modern life. Cable companies have already demonstrated their willingness to deprive customers of programming for their own selfish business reasons. This is bad enough when it causes a sports channel or even a major national television network to go dark. When it comes to taking care of our other needs, whether it is online learning, medical services, access to political information or employment databases and jobs info, manipulation by the provider becomes a much more threatening issue.

And as others have noted, innovation is actually better than ever today because of net neutrality and the access people enjoy, whether they are a well funded and established industry leader, or a start-up working out of their home. Sure, some innovation requires deep pockets. But as weâ€™ve seen over the last decade, humanity is very creative and we are increasingly supplying each other with solutions to our problems and the means to enrich our lives. Net neutrality maintains opportunities at both ends of the innovation spectrum.

Unfortunately, like all issues that become highly politicized, it becomes difficult to hear about the nuanced details of the options that are available amongst the din of competing voices. Alternatives to a simple â€˜yesâ€™ or â€˜noâ€™ on the issue of net neutrality abound, which makes the way forward more promising than it might otherwise appear.

Interested in reading other people’s comments to the FCC? More than 126,000 comments are posted on the FCC’s official site. Or file your own comment here.

You will be required to enter your name and address along with your comments. Keep in mind that whatever you submit is available for reading by the general public. Comments submitted during the first round of comments can be commented on during a second round of reply comments until September 10.

Lawrence Pierce
Lawrence Pierce specializes in new media design and production. He began as a computer game programmer and has been a systems consultant to corporations such as DuPont and the J. Paul Getty Art Trust, art director on the first computer game for MTV and a featured artist in the Hollywood Reporter.