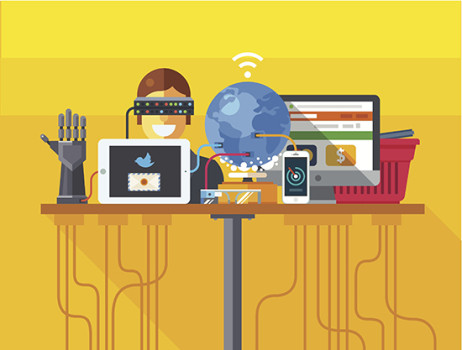 With the renewed interest in consumer-grade virtual realityÂ systems, it is inevitable that there will be a new sort of “format war” going on for the hearts and minds — and wallets — of the general public. How this will play out is anybody’s guess, but the current positioning of contenders looking to launch in the next year can provide some insight into how they might advance their cause and force competitors to retreat.

Right now, it’s a better-than-even chance that if you say “VR” around the technorati, Oculus Rift will be the first thing popping into the brains of at least half of them. Up to this point, no other virtual reality platform has been as buzzed about in the press, nor has any other platform come as close to recognizing the long-sought after dream of cheap and ubiquitous virtual reality systems.

Oculus Rift’s financials are about as stable as you can imagine, with Mark Zuckerberg bankrolling to the tune of $2 billion, they aren’t going to be hurting for money like the average startup. The Oculus Developer Kit 2 is already proving popular and the Crescent Bay headset is set to come out sometime this year.

Between Palmer Luckey and John Carmack, there’s an insane amount of talent at the top, which has the potential to make major strides in a fairly short amount of time. However, Carmack himself may prove to be a liability for the company. Zenimax Media owns Carmack’s old game studio iD Software, where Carmack worked after Zenimax bought it up some years back. They’re currently threatening litigation against Oculus VR, claiming that both Luckey and Carmack conspired to steal technical information regarding Zenimax’s own R&D efforts into virtual realityÂ displays.

While the hardcore wireheads are drooling over the DK2, a segment of the masses are getting a taste of what life with Oculus might be like. The Samsung Gear VR, using the Oculus Mobile SDK, is in position to bring a â€œchocolate and peanut butterâ€ approach to sales. The hardcore can get a working testbed for the Oculus Mobile SDK to compare against the DK2 units while everybody from the average consumer to the smartphone elitists can see what all of the fuss is about. Moreover, Samsung’s brand recognition will likely be a factor when people are looking at the Gear VR.

The biggest problem facing this product, however, is the limited hardware options. Right now, the Gear VR only works with the Galaxy Note 4, so people who don’t have that particular smartphone might be reluctant to throw down money for a whole new mobile device and then drop another $200 for a virtual reality headset.

It was expected that gaming giant Sony would enter the VR space. Project Morpheus is an evolved version of the PlayStation Move tracking system that developers have been cultivating for the past six years. This motion-camera system tracks its headset 1,000 times per second so users can see directly behind them.

Revealed at the Game Developer Conference last year, the hands-free headset impressed reviewers with its sense of weight and inertia. Sony is hosting a four-hour event at the annual GDC on March 3rd to focus on Project Morpheus with current demos including titles like â€œStreet Lugeâ€ and â€œThe Castle.â€

However, itâ€™s captivating to consider how the likes of “Destiny” or the “Battlefield Hardline” beta would look in virtual reality. Currently, users operate the system with a Dualshock 4 controller so Gen 4 conversions are a natural inclination. There is no official release date just yet, but the system is expected sometime this year. 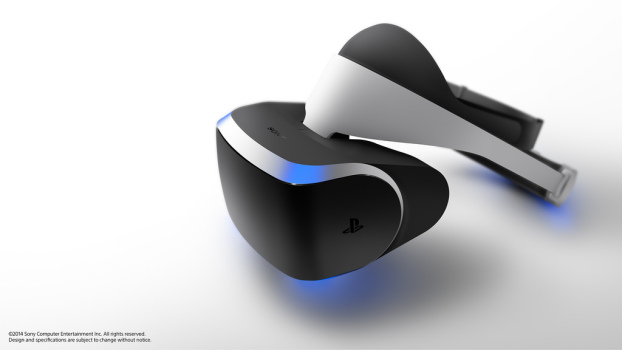 There are some who look suspiciously at the involvement of megalithic corporations in the virtual realityÂ space and cannot entirely trust companies whose records on things like consumer privacy and corporate transparency are perhaps less than sterling.

For those whose DIY-spirit dovetails with a distrust of Google and Facebook, the Open Source Virtual Reality platform provides a workspace for their own virtual reality experiments, tweaks and advances.

Leading the charge in starter hardware kits is an unlikely, but well-respected Razer. Best known for gaming peripherals, Razer’s OSVR Hacker Dev Kit matches the price point of the Gear VR and Oculus DK2 — and likely Crescent Bay when it is finally released — with the added bonus of being completely open source.

Improvements to hardware and software –Â from lenses and straps to render pipelines and distortion correctionÂ –Â can be plowed back into the community, improving all OSVR products regardless of brand.

The possible weakness of this strategy, however, is the potential for erratic progress of improvements and the threat of project forks developing. The name even speaks to a deliberate lack of polish.

This is meant for people who want to tear down and build up on their own, not necessarily a grab-and-go platform for the average consumer.

Even at its best, a DIY solution using OSVR is still going to start at around $200, possibly more if you’re having somebody else do 3-D printing of the headset or higher resolution screens.

But suppose there was another option; something easily assembled, easily used and as drop-in simple as the Gear VR but for a tenth of the price or lessâ€”assuming you’ve got access to some sturdy cardboard and a good set of X-Acto blades on hand.

Enter Google Cardboard, which runs between $5 for actual unassembled cardboard to about $60 for pre-assembled headsets made from sturdy plastic from various manufacturers.

But they’re not exactly a one-size-fits-all approach, so if you happen to have a smartphone bigger than what fits in the pre-folded box, there are downloadable templates you can print to build your own — or carefully check the list of compatible phones when buying a ready-to-go headset.

In addition, not all of the Google Cardboard options come with head straps. Most do, but explore your options if you would rather buy everything at once. But while it lacks the physical heft of the Oculus Rift or the OSVR Hacker Kit, it also creates opportunities for event-specific branding and, with its recyclable cardboard, appeals to the eco-conscious consumer.

For years, VR was one of those things that always seemed out of reach; the sort of technology that felt forever locked away in the realms of science fiction. Now, that technology is poised to change the consumer landscape in unpredictable ways. It’s an impending battle royale that will make the format wars of video games past seem quaint.

Asma Malik
Asma Malik has covered the video games industry since 2007. She goes hands-on to deliver candid news and previews on games from every genre on any gaming platform. For everything from how-tos to reviews, follow Asma on Twitter @InteractiveAsma.