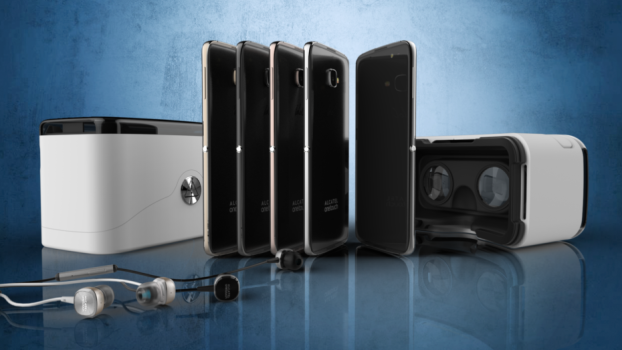 The packaging of the new Alcatel OneTouch Idol 4S smartphone will be a virtual reality headset, Venture Beat reported yesterday.

This is the third smartphone in a row that is being bundled with a virtual reality headset. Last month, Lenovo sold 10,000 bundles in less than a second in India, and iberry followed up with its own bundle a week later.

The Alcatel smartphone is a midrange phone, expected to cost around $400, and should be coming out in the new few months.

Thresa Greeno - 1/25/2020
OpenSim: A year in review
Maria I could use a big huge favor if you would please I have to account under the same name one is old back in September or October when I did the first account and I need a password reset for that...

Thresa Greeno - 1/25/2020
OpenSim: A year in review
Hey Maria ask the owner of the game what the heck is going on because I searched bored I just tried to login I got in but taken away way too long for nothing to load it stood gray maybe 25 to 40...

Thresa Greeno - 1/24/2020
OpenSim: A year in review
Hey Maria I am still waiting on your reply you said that you would email me back to find out what was going on with 92 milesGrid to see if they are updating or is the game still running or did they...

Thresa Greeno - 1/24/2020
OpenSim: A year in review
Hello Maria what did you find out about the 92 miles grid are they shut down did they quit or what like I said before I can't seem to log back in so what they are doing I don't know if they're...

Thresa Greeno - 1/24/2020
OpenSim: A year in review
Hello Maria I forgot to ask to see if it's possible in case I have any other questions or concerns that I can ask the owner about anything or it has to do with the game if I could get his email...