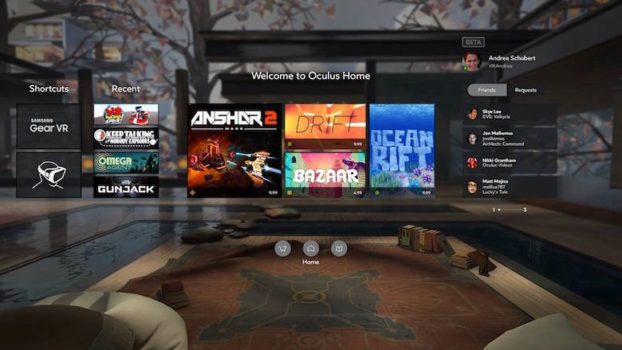 Oculus has released an update to its software yesterday, allowing its games to run on other headsets.

“We continually revise our entitlement and anti-piracy systems, and in the June update weâ€™ve removed the check for Rift hardware from the entitlement check,” the company said in a statement. “We wonâ€™t use hardware checks as part of DRM on PC in the future.”

The company left its options open, however.

“We believe protecting developer content is critical to the long-term success of the VR industry, and weâ€™ll continue taking steps in the future to ensure that VR developers can keep investing in ground-breaking new VR content,” the statement continued.

Since rolling out the hardware-check feature in May, ostensibly designed to thwart piracy, the company defended its move byÂ arguing that video game exclusivity was good for the industry.