“Analytics are the cornerstone of virtual reality,â€ he said. â€œWe are able to add heat-map reports to what we send to advertisers.”

When it comes to placing ads, VirtualSky can insert them during natural breaks in a 360-degree video, or between game levels.

Watch an example of a virtual reality ad from VirtualSky below: 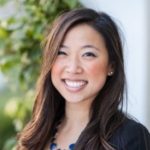 â€œPerformance of our virtual reality ads far surpasses the performance of mobile advertisements, with view-through rates as high as 80 percent and engagement rates as high as 30 percent,â€ said Christine Lee, Immersvâ€™s general manager and vice presidentÂ of global business development

By comparison, traditional online advertisements have click-through rates of between 0.3 and 1 percent, according to a report released last spring by video marketing company Innovid.

â€œWe are constantly listening to developers and advertisers on their asks for data or analytics,” she added. “Some of the future plans include supporting third-party tracking attribution.â€

Lee warned against simply trying to take a traditional ad and cutting-and-pasting it into a virtual experience.

â€œWe canâ€™t just put a banner ad in a 360 environment, and we canâ€™t just throw somebody into a 360 experience,” she said. “We have the responsibility of making a clean transition from content into an ad experience.â€

Virtual reality offers advertisers the opportunity to avoid some of the mistakes made by traditional online advertisers. Banner ads can interfere with the user experience, for example, and can cause users to install ad-blocking software.

Lee said her company is working on making the ads less annoying.

In Retinad, virtual reality platform ads are placed such that they blend with the experience and are transparent to allow users to continue viewing the experience. Ads are in the form of banners, image pop-ups, 360 videos, flashing tabs and image carousel and can be operated through gaze mode.

Watch Retinadâ€™s explanation of emotional and behavior metric tracking below: