The GreekLife grid has been around for eight years, but it has really started to take off in the last two, now reporting thousands of regions and active users.

Now the grid owners are turning their experience running their own successful commercial grid into a service for other would-be grid owners. 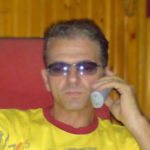 Nikos Envoy — also known as Nick Mit in-world — has been a programmer and website designer for 20 years, and the grid hosting service includes a custom website and a free domain name.

To see how the websites work, check out GridLife’s website, as well as those of its customers — Panthera Grid and Tranquility.

Tranquility, however, is creating a new website, at tranquilityvirtual.info.

The websites GreekLife creates use the Joomla platform, so if customers don’t like the look of the standard theme, they have options.

“Joomla has thousands of themes,” he said. “So if anyone of my customers would like something else, they can chose from Joomla themes.Â Any of my customers has administrator panel to website so can test to many themes and install.”

Customers also get Vivox voice and a choice of local, Podex or Gloebit virtual currencies.

There are two free starting avatars — one male, and one female – and English-language support is 24-7. There are also free OAR and IAR uploads and downloads, via FTP.

“If anyone needs my help to do this, I will help,” he told Hypergrid Business. He also offers a money-back guarantee, he added. “If any one want to stop using our services, give us 15 days notice and your money will be returned.”

GreekLife’s hosting prices are pretty reasonable. A 30-region full grid is 115 Euro per month, with a 30 Euro setup fee. Each region has up to 20,000 prims. The full grid includes central grid services, which means that it can be expanded indefinitely.

A one-week free trial is available for the 10-region mini-grid, which runs on a Linux server, he said.

Those who aren’t ready for a separate grid, can start out with an enclave on GreekLife and then move to a full, independent grid, later on.

One such enclave is the LifeStyle area, which can be visited via hypergrid teleport atÂ grid-greeklife.info:8002:Start Area Lifestyle.

LifeStyle owner Marianka Rietdijk van Ratingen, also known as Katja Hotty in-world, said that she is satisfied with the hosting, with the support available, and with the performance.

“I am very happy that I chose GreekLife hosting,” she said in a comment on GreekLife’s Facebook page.

The owners of Panthera and Tranquility grids have also said that they’re satisfied with the service they get from GreekLife.

“We moved to them on January 13 this year after having many problems with another host,” said Steve Stewart, also known in-world as Christian Dior. “I emailed the order, received the invoice, paid it and had Tranquility up and running within five hours.”

Stewart said he’s been happy with the technical support he’s received since then.

“If we have a request it is usually dealt with within minutes,” he told Hypergrid Business. “Grid restarts usually happen when most residents are sleeping so little or no disruption for them. Like any grid, if a region has crashed, it has usually been investigated and restarted within five to ten minutes. New region orders are usually up and available within 15 minutes.Â Anything we ask to be done is usually dealt with rapidly and with a smile. I don`t really know what else you would need from a host.”

Who are the main competitors?

The most established player in this space isÂ Dreamland Metaverse, which costs $45 for the grid services and an additional $30 per region. They’re the gold standard in this space, and popular for grids run by schools and companies, as well as commercial grids that need very high performance.

Next, you’ve got Zetamex, which costs 25 Euros a month for the grid services, and an additional 12.50 Euros per month per region.

The newest player in this space is DigiWorldz, which, in addition to running its own commercial grid, also will host grids for customers starting at $185 per month.

Why not run your own grid for free?

It is possible to run your own OpenSim grid, for free. And many people do — I have. It’s not too difficult, especially if you’re running a mini-grid using the DreamWorld installer.

Mini grids are good for small worlds that can run on a single computer, usually 16 regions or less, where you don’t need much in the way of extra services like local currency or land rentals or a professional website.

If you want to run a grid for your school or company, or a large social or commercial grid, a mini-grid isn’t going to cut it. Plus, once you have a lot of users, you start running into bandwidth issues, and are spending most of your time doing tech support instead of building, or community management, or whatever it is you wanted to have the grid for.

A better option is to outsource the technical stuff to someone else. Someone who can take care of updates and patches. Someone who can do the backups and protect the grid against hackers, and who has all the commercial grid infrastructure you need ready to go.

When I had my own Hyperica grid, for example, I could have — in theory — ran it on a server that I rented myself. It was only a few regions, after all. But the hassle of managing OpenSim, dealing with backups and updates, just wasn’t worth it. For grid owners who want to use their time for other things, getting professional hosting makes a lot of sense.