By: Marianna Monentes
With: 0 Comments

The metaverse is filled with humor itâ€™s everywhere; it is what leads us back time and again, those hilarious memories with friends. With this in mind, I asked Maria what her position was on having a comic strip here at Hypergrid Business featuring the comedy of OpenSim humorist Reyn Softly.

Reyn Softly entered virtual worlds in May 2006 on a dare posted by a business magazine reviewing Second Life, along the lines of, are you crazy enough to try this? The proof of the pudding is in. Yes.

The entering of OpenSim took place in early 2015. The Great Canadian Grid was not his first OpenSim stop, but it has been the longest. He went, he looked, he roosted, in March 2015. After that, a series of muddy-disaster sims held his attention for quite some time. Scooching around OpenSim wearing home trophies of the hunt: NPC cows, large buildings, and ultimately, a kilt and matching socks.

Softly had more than 400 followers on Google Plus who would read his jokes and see his funny images, and when Google shut down that social media platform, his followers were left with a feeling of angst as to where their next dose of Softly humor would be. Me being one.

One of the characters featured in Softly’s work is Trey Magnifique, a wizard extraordinaire who lives in a cave. Specifically, in the Cave Bungalow on the Sierra Sonnet region in Kitely.

When I asked if he would like to be featured in a column Treyâ€™s reply was, â€œYou know how Trey can’t help himself, “Iffn I ain’t the butt of some joke or ‘nother, I ain’t even tellin’ jokes.” 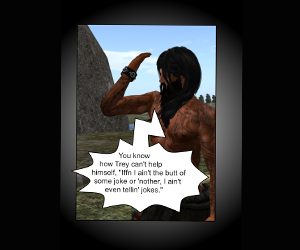 Softly loves setting up the scenes and creating NPC characters that he uses for his skits.

We just redesigned our website Virtual-HG with a MAD-HG page which will feature Reynâ€™s comedy. You will also be able to follow my blog at the website too.

Softly will also be contributing here at Hypergrid Business. We invite you to join in on the fun too if you have captured funny images that would make a great cartoon please submit to Marianna at [email protected].

Meanwhile, you can download this week’s holiday edition of Mad-HG here. 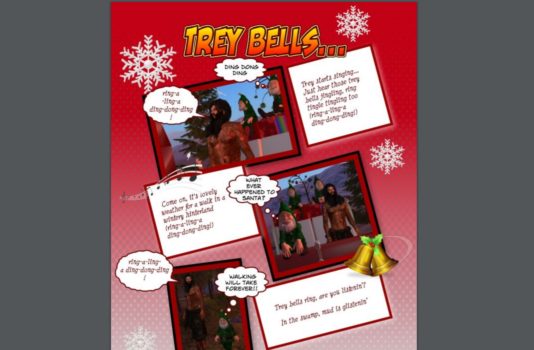 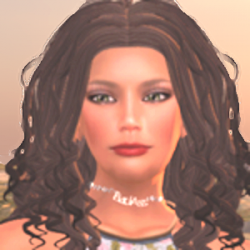