By: David Kariuki
With: 0 Comments

Microsoft‘s purchasing of Activision Blizzard was the largest sale in the history of video games at US$68.7 billion dollars making the company the third largest gaming company after Sony and Tencent. The acquisition could solidify the company’s position in the overly hyped metaverse because of the large gaming user base and gaming properties the platform already has, said Bob Bilbruck, CEO at Captjur, a technology consultancy.

“The transaction came down to build versus buy — they chose the buy angle and probably a good one sinse the metaverse will allow not only seamless transitions from the real world to virtual worlds in the metaverse and the melding of the two worlds together, but it will also help with transitional areas like work to play and play to work, ” he told Hypergrid Business. “So it makes huge sense for Microsoft to take this approach.”

The large gaming user base on the platform is already comfortable with immersive gaming environments and this would aid in the quick and smooth transition to the metaverse Microsoft needs, he said, now that gaming is expected to be a major driver of the metaverse. Games like World of Warcraft from Blizzard could develop into huge attractions in the metaverse if redeveloped further.

In addition, the acquisition will aid Microsoft gain a huge footprint in the gaming industry and it solidifies the company’s recent strategy to promote gaming subscriptions and revenues instead of selling gaming products.

“This ambitious investment has the potential to make Microsoft’s Game Pass subscription service into the Netflix of gaming,” he said.Â

But Microsoft’s corporate-first approach could also ruin the great traction Activision Blizzard has earned so far, he said.

By acquiring the platform, Microsoft is also acquiring a huge number of gaming creators that could create substantial and compelling content for metaverse, said Amir Bozorgzadeh, co-founder and CEO at Virtuleap, a company specializing in virtual reality training applications. 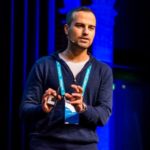 “Content is king and by the end of this year, which is when I expect the deal to be finalized, they will have have inherited an arsenal of triple-A creators that are bona fide wizards in constructing not only the 3D worlds, but 3D worlds instilled with enduring IP that will be able to most likely persuade large numbers of VR fence-sitters to jump on board the Metaverse bandwagon simply out of brand loyalty,” he told Hypergrid Business.Â

Although the acquisition does not directly provide Microsoft with a competitive metaverse technology compared to the likes of Meta, Microsoft has potential to soon close that gap, said Leo Ama-Ferndandez, cofounder of the Panthera Leo NFT community.

“Microsoft has, however, framed the purchase as a metaverse play,” he told Hypergrid Business. “Needless to say, Microsoft has the know-how and technological heft to close this gap. If Microsoft is able to bolster cloud computing and augmented and virtual reality, this could provide a breakthrough avenue for Activision’s gaming portfolio to enter the metaverse.” 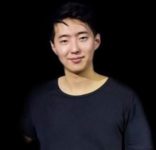 “Many may put their weight behind Microsoft’s take on the metaverse simply because it does not publicly suffer from the same negative stigma as Facebook with respect to data protection,” he told Hypergrid Business. “The metaverse is ultimately a data play for these tech giants and the companies that treat your data safely and adhere to the ethos of the transparent blockchain community will continue to thrive into the future.”

In acquiring Activision, however, Microsoft will need to deal with several challenges including a toxic workplace at Activision, complaints and legal allegations against CEO Bobby Kotick, and player frustrations with games like World of Warcraft.

Latest posts by David Kariuki (see all)
2022-01-26
Previous Post: How science fiction precedes science fact and what it means for the metaverse
Next Post: Gaming industry veteran debuts metaverse for music and games