Will you miss the next Internet boom?

I missed the first Internet investment boom. I was covering wars in Central Asia, but that’s no excuse. I could have invented Yahoo! — it started with a guy in his dorm room with a list of favorite links. I could have done that. Or eBay — a guy who wanted to trade Pez dispensers. Or Amazon — selling books online. Or Google — well, maybe, not Google. It took real brains to come up with that idea.

The great thing about new platforms is that there are no competitors yet. You could have a simple idea, and, with the right team and the right execution, become, well… Yahoo! 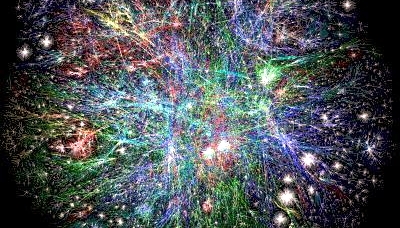 Today, we have another such window of opportunity.

The 3D Internet – also knows as the Metaverse, as Web 3D, as the 3D Web, and, my personal favorite, the hypergrid — was born a few months ago, when University of Califnornia at Irvine professor Crista Lopes invented a way to link grids together.

Previously, all the virtual worlds existed all by themselves. World of Warcraft over there, with its own browser and its own logins. Second Life over there, with a different browser, different login process. Metaplace, 3DXplorer, Forterra, Protosphere, and hundreds of other business and gaming worlds. It’s like of like the way we used to have bulletin boards back before the Internet came about. Remember those days? With the dial-up modems? And the text-only menus?

Last year, virtual worlds were in the same boat. Sure, all the kids were using them. And hundreds of colleges and universities were offering classes in Second Life. And businesses were holding virtual world meetings all over the place.

But it wasn’t really prime time.

It still isn’t prime time – the hypergrid teleportation mechanism that Lopes came up with is currently used to link just a few dozen grids, mostly run by educational organizations. The largest such grid, the OSGrid, is a non-profit group working on the development of the open source OpenSim software platform, currently the dominant operating system for these grids.

So there’s not much to see yet.

There’s also not much to see it with. The three main browsers for accessing the hypergrid — the Second Life browser, the Hippo browser, and the realXtend browser — are all clunky, hard to learn, and are big programs that take a while to download.

So how do I know this is the next big thing?

Well, have you heard the phrase “I know it when I see it?” I’ve been writing about Internet business for a decade, and was on the Internet back in the pre-Web days of the Internet Relay Chat. I didn’t know it when I saw it back then — but I recognize the signs now. So does everyone who visits OpenSim.

Not convinced? Here are a few more signs of impending boom:

Sure, you might not be able to download the Apache software and run a web server off your home PC — but millions of geeks can. At our house, my 14-year-old daughter installed the OpenSim server software for me on an old family computer we had sitting around not being used, since all the kids now have their own laptops.  We run two regions off that PC — a total of 32 virtual acres. The cost? Just a few snide remarks from my kid about how trivial this was to do and that I must be a total idiot for not knowing how to do it myself.

Or I could have rented space on a shared server, for $15 to $20 a month, for a little more bandwidth. Or paid around $40 per 16-acre region to a hosting company that would set up the software and handle all the maintenance and upgrades for me.

I run a company with staff in several different countries, and a deteriorating business model (news industry? what news industry?) so I’m pretty busy pretty much around the clock — but I can’t help myself. I log in late at night and rearrange the couches in my virtual office. I visit grids run by other business owners and check out what they’re doing. I wander around the OSGrid “freebie” shops looking for new business tools — whiteboards! video display screens! translating headsets! — and business outfits and furniture.

It’s so much fun, in fact, that plenty of other people are willing to spend time doing actual work in this virtual environment — without getting paid. They design clothes and furniture, they landscape, they build buildings, for free or for close to it.

Eventually, they’ll probably get bored and start charging normal rates for the work they do — but meanwhile, they’ll be helping to build out the hypergrid infrastructure.  Whether anybody is putting money in or not.

The investors are circling

But money is already starting to flow in. A hypergrid project based on OpenSim or a similar open architecture is a low-cost way of creating a custom virtual world. Companies looking to build gaming sites, social communities, conference centers, and, ahem, dens of vice and iniquity are already putting money into OpenSim projects — both their own, and those of outside investors.

After all, the earlier you get in, the more of an edge you have over competitors — and the more potential profits there are for early-stage investors.

Sure, an early start is no guarantee of success. But it does offer a much more open playing field.

The technology is ready

Every day, the OpenSim developers say “this is alpha software, it’s not ready for prime time.”

They’re not all wrong.

The links between the grids break on a regular basis, making teleportation uncertain at best — similar to the way the links used to break all the time on the early Internet.

The browsers are slow and difficult to use.

New features are rolled out on an almost daily basis — and with the upgrades come new sets of bugs.

All this is true. But we’ve learned to live with imperfect technology over the past two decades. The famous Windows “blue screen of death.” Even the most mature, robust software sometimes crashes, or gets infested with viruses, or just simply doesn’t work the way it’s supposed to.

OpenSim is no exception. Early adopters have to deal with more bugs than those who sit on the sidelines until the technology is mature. But they also get rewarded for being innovative risk takers.

As for me, I’ll making regular backups of my regions — just in case the software does crash in a way that corrupts the database.

And I’m getting together with others to discuss the future of this medium, to network, to help entrepreneurs and investors find each other, and to learn. Join us.