Multi-user 3D virtual worlds have achieved success in focused application areas, but they have not yet achieved broad penetration and universal adoption, like traditional 2D web media. 3Di Viewer “Rei” addresses this problem by integrating 3D content inside of traditional 2D web pages, allowing existing 2D content to merge with or migrate to 3D content.

According to Norman Lin, Technology Group Manager at 3Di: “We have been receiving quite some interest about the possibilities of a viewer running inside the web browser. Also, the OpenSim community has been looking for a new BSD-licensed(*3) viewer solution. By offering our viewer as open source under the BSD license, weâ€™re hoping to help accelerate the standardization and industry-wide adoption of 3D Internet technologies.” 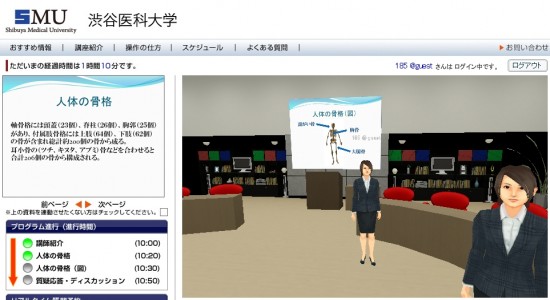 3Di will continue to work together with the open source community to further develop 3Di Viewer “Rei” and the broader vision of the 3D Internet.

3D Internet server software that is researched and developed by a worldwide developer community. 3Di also participates in the community as core developers.

The BSD license is one type of open source software license. It permits redistribution and use as long as copyright notices are retained, and includes a disclaimer of warranty.