How to pick a virtual platform — revisited

Virtual environments are changing rapidly, and it’s sometimes hard to keep up with everything that’s going on.

Here is a quick round up of the best options for the most common uses of virtual worlds for various types of enterprise needs.

If you’re looking for a high-end, Fortune 500-caliber virtual environment

Teleplace and Protosphere are the companies to start with. Expect to spend in the six figures for your virtual world, but you’ll get integration with back-end corporate systems such as Microsoft SharePoint. These are great platforms for corporate training sessions and small-group meetings.

The major downside — other than the price — is that corporate environments aren’t as friendly as those that grew out of the consumer space. Your users won’t be able to do a lot of customization of their avatars, their environments, or go shopping for virtual goods and tools. If you need something that isn’t built into the environment, you’ll have to hire professional designers or developers to create it for you.

These corporate worlds are also incompatible with the hypergrid, or with objects created for Second Life and OpenSim.

Downloading a separate client is a painful and time consuming process for users — especially if at the end of the download they find that their machines don’t meet the minimum hardware requirements, or their company firewall won’t allow the software to run.

Web-based virtual worlds promise an easy alternative. In theory, all a user has to do is go to a Web page and they’re instantly inside the virtual world. In practice, however, these worlds often take a long time to load and can crash frequently. In addition, many features available on the full platforms are missing, such as avatar customization.

Today, all these platforms are in their infancy, though Venuegen has been marketing its platform heavily to enterprise users. Many of the usability problems are likely to be fixed soon if these platforms gain traction.

As with other proprietary enterprise platforms, these environments don’t have a lot of end-user appeal. The corporate platforms are designed for quick meetings rather extensive in-world socializing or networking, and there are no ecosystems of third-party content providers making clothing and accessories. As a result, employees aren’t likely to be spending any personal time playing with the platform and getting familiar with it.

But that’s not all bad — as with the other enterprise platforms, employees also aren’t going to go visiting virtual strip clubs or casinos on company time.

Eventually, all these platforms are likely to become much more alike than they are now, with the Web-only virtual environments becoming increasingly more robust and fully-featured. Meanwhile, many virtual worlds that now require a download will soon be accessible via the Web browser. Both Second Life and Blue Mars are in the process of developing cloud-based services that will allow users to access the platforms via the Web, while three companies are currently testing Web-based viewers for OpenSim.

Today, Second Life has the single largest user base of any general-purpose virtual world, with around a million active users a month.

That doesn’t mean that Second Life is particularly easy to use — in fact, the platform has a notoriously difficult “first hour” experience for new users. However, parent company Linden Lab is working hard to resolve usability issues. Meanwhile, the platform’s size means that there are vast resources available — in-world support, online videos, blogs, magazines, and even books.

Users can customize their avatars to an almost unlimited degree, changing their body types, faces, hair, clothing, and accessories. They can also customize their virtual offices with furniture, accessories, plants and decorations. Many objects are available free or at extremely low cost from either virtual stores inside Second Life or from the company’s online marketplace. In addition, users can easily learn how to make their own objects.

Because of the large population, Second Life is also a top destination for content creators selling everything from virtual clothes and hair to virtual pets who eat, grow, and reproduce.

Second Life is not necessarily the best place to promote brands — there are virtual games and social platforms with more users — but marketing in Second Life does allow for a closer level of engagement with visitors. Unfortunately, there have been few cases of successful marketing campaigns conducted in Second Life, especially after the initial media hype died down.

Second Life has been more successful as a platform for small-group meetings such as training or networking events for employees and customers. 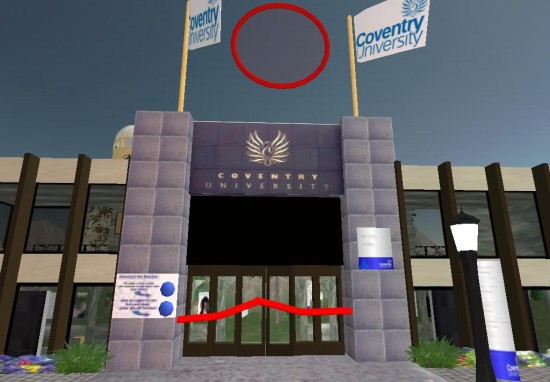 Companies can rent entire regions — 16 virtual acres — for around $300 a month, with a $1,000 setup fee. However, meeting space is also available in existing facilities at a fraction of the cost, or even on an hour-by-hour basis.

If you want the lowest possible costs, or the maximum control of your environment — or to avoid vendor-lock in — a free-to-download open source virtual world platform like OpenSim is a good bet. Users tell us that performance is as good or better as that of Second Life with adequate hardware — at least one processor core per region.

Professionally hosted OpenSim regions run about a tenth to a third of the prices of similar regions in Second Life, but lack the community of that platform, the user numbers, and the sheer variety of content. A decent voice solution — Whisper — only recently became available, and still requires a bit of extra integration work on the part of the virtual world owners or their hosting companies. Some complex vehicle physics functions are also not available yet.

However, with OpenSim, companies can fully own entire worlds, scale them up or down in size at will, save backups of entire regions or grids of regions, have full control of users, their inventories, and the content on their worlds, and schedule their own maintenance downtimes. In addition, OpenSim allows virtual world owners to turn on a hypergrid function, allowing users to teleport to virtual worlds run by other companies in order to go shopping, attend training or networking events, or meet potential clients or business partners.

There are dozens of separate social worlds currently running on the OpenSim software and accessible to the public, and hundreds more running privately, behind corporate and school firewalls.

OpenSim is currently the leading platform for virtual world deployments, with more stand-alone worlds running on the OpenSim software than any other platform.

A major driver of growth is the fact that OpenSim is compatible with all Second Life viewers, and contents and scripts can also be shared across the two platforms. As a result, OpenSim users can benefit from the extensive collection of Second Life training materials. Enterprises can draw on the expertise of Second Life’s extensive ecosystem of content developers and virtual environment design firms.