Bitcoin has been in the news recently. But bitcoin is not the only virtual currency. Virtual currencies, in one form or another are here to stay.

When U.S. Treasury Departmentâ€™s enforcement arm, FinCEN, issued its interpretive statement, it recognized this much. The scope of this document covers all virtual currencies, centralized and de-centralized alike.

In an earlier article, I discussed the new regulatory reality faced by bitcoin and its operators. By way of quick summary, FinCEN now differentiates between user, administrator, and exchanger. This categorization for decentralized virtual currencies is imprecise because there is no clear boundary where user ends and administrator begins.

On the contrary, for centralized virtual currencies, such as Linden Dollars, these distinctions nicely track the existing framework. 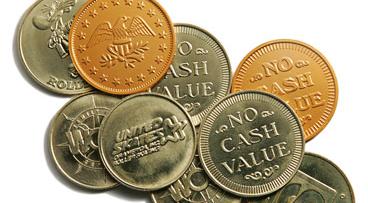 Linden Dollar is a virtual currency used in Second Life. Second Life is an online virtual world created by Linden Lab. Essentially, it is a game where players interact with their world through â€œavatars.â€ What makes this game special is its vibrant virtual economy. Players can buy and sell virtual real estate, claim intellectual property, etc.

At the center of this economy stands the Linden Dollar. The only way to buy or sell anything inside the game is with this currency. Players can convert their real world currency to Linden dollars either at Lindex â€“ an official currency exchange; or at several third party exchanges.

Before FinCEN issued this guidance, the only rules that applied to Linden Dollar were those promulgated by Lind Lab through its Terms of Service. This is no longer the case. Terms of service still apply, but not to the relationship between Linden Lab and the government.

What, If Anything, Changed for a Casual Second-Lifer?

Probably nothing. Absent further clarification from the Treasury Department, existing terms of service still control the legal relationship between the user and the issuer of Linden Dollars. Section 5 of Linden Lab companyâ€™s Terms of Service emphasizes that Linden Dollar is a license token as opposed to currency. â€œEach Linden dollar is a virtual token representing contractual permission from Linden Lab to access features of the Service. Linden dollars are available for Purchase or distribution at Linden Labâ€™s discretion, and are not redeemable for monetary value from Linden Lab.â€

An average user probably does not care about all this legal jargon, so long as he is able to buy and sell his Linden Dollars at will.

Linden Labâ€™s Terms of Service however, will not prevent the government from classifying Linden Dollars as a virtual currency. That classification carries significant consequences.

What Changed for Linden Lab?

1. Governmentâ€™s Definition of a Linden Dollar.

FinCEN goes by the approach â€œIf it looks like a duck, and quacks like a duck, it is a duck.â€ And Linden Dollar sure does â€œquackâ€ like one. Linden dollar is a virtual currency because it has value in real currency (a buck will buy you about 270 linden bucks); and people buy good and services with it.

2. Why does it Even Matter if Linden Dollar is a Virtual Currency or not?

It matters for Linden Lab because they are now both an administrator and an exchanger of virtual currency. Both of these are a Money Services Business (â€œMSBâ€) under the treasury regulation. An MSB must register with the Treasury Department and make Anti-Money Laundering and periodic reports. These reports are not little one page chores a trained monkey can do. There is a reason corporate compliance departments are stacked with lawyers and accountants. As you can imagine both of these items cost a lot of money.

At this point Linden Lab must be considering their options. One option is to abandon the Linden Dollar altogether and just deal in cold hard cash. The upside of that decision is that it would spare them a lot of grief in the form of FinCEN reports. The downside of that is that is like turning off a printing press that prints money. And who in their right mind wants to do that?

(This column reprinted with permission from the Modern Payment Systems blog.)

Alex Kadochnikov
Alex Kadochnikovis a partner at Gill & Kadochnikov.His primary focus is on commercial litigation, counseling start-up entrepreneurs, and employment-based immigration. He is also an expert on the rise and proliferation of virtual currencies and their effect on the legal and financial landscape.

Latest posts by Alex Kadochnikov (see all)
2013-04-05
Previous Post: Vivox makes it easier to get voice for OpenSim
Next Post: Bitcoin revisited: beware the bubble