The path to a VR metaverse 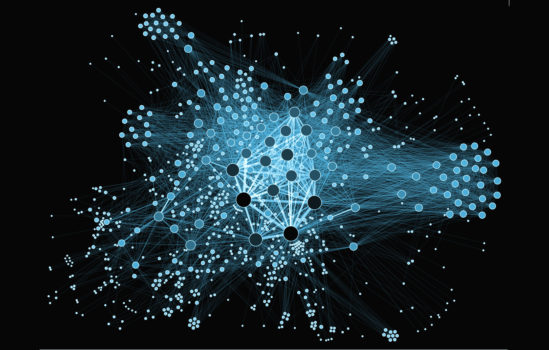 I got into writing about OpenSim back in 2009 because it seemed to be, at the time, the best path to an open-source, peer-to-peer metaverse.

I want to see a futureÂ where anyone could put up a virtual environment, and have people teleport in and out from other people’s environments. A future where the virtual worlds are fully decentralized, with no one company controlling everything, similar to the way the World Wide Web works today. If you put up a website, it has no effect on the performance of any other website. You can allow anyone from anywhere in the world to visit your site — or you can keep it private, just for yourself or your students and employees. And you can run it at home on a PC, or on your company servers, or in a hosted environment somewhere in the cloud. I want to see all these same options available for our virtual reality metaverse.

For the past few years, I thought that OpenSim was the best possible path forward, and this is why I have invested so much time, and some money, into Hypergrid Business and Hyperica.

I don’t want to live in a virtual metaverse completely owned by Facebook or Microsoft, or or even Apple. Though I’ve got to say, an Apple one would be nice.

But it’s starting to look like OpenSim might not be the most likely path forward after all.

Google on path to metaverse future

Google launched its Cardboard platform right from the start withÂ a free, open sourceÂ development platform that worked on all modern smartphones, both Android and iPhones. Plus, it released the specs for its headset that were also open source, so anyone could make one — and over a hundred different manufacturers are already doing that.

Of course, it’s not the metaverse. These are all individual, separate virtual reality experiences. If, say, you do have an avatar in a VR game, you cannot use that avatar to travel to another VR game. You have to close out the first game and open the other one.

There are some social apps, like VRTime, where you can interact with other avatars in virtual reality. But if you make friends in VRTime, that friendship does not extend to other environments. You can’t exchange messages or send teleport requests.

There are no inventories. If a character in one VR game does collect stuff in that world, they can’t take it another world.

However, Google is really good at managing identities for people and for hosting their content. You can use your Google identity not only for Gmail and other Google products, but in many third-party websites and applications as well. And you can keep your data on Google Drive and, again, the company allows third party services to access it if you give them permission.

The other major component to a virtual reality metaverse is payments, and Google already has a payment mechanism for the Android ecosystem with in-app purchases.

As far as I know, common identities, inventories and payments aren’t a part of the Daydream platform, for now at least.

But it’s entirely feasible that Google will add these features to a future version of the platform.

Google also has a relatively decent history of playing well with others. Its Chrome browsers can be used to visit websites run on a wide variety of servers. And, unlike Windows Explorer in its early days, it doesn’t try to push any particular web server on you. And it doesn’t stop you from using Yahoo Mail or Bing or other competing products.

I would still prefer to see the OpenSim software updatedÂ so that it can deliver a frame rate compatible with virtual reality. And I would like to see a lightweight viewer for OpenSim that can run in a browser and on mobile devices.

Unfortunately, I’m not seeing any efforts currently under way to update the servers software or build a new client.

Meanwhile, Google has a large development staff, almost unlimited financial resources, and a very large community of third-party developers, manufacturers and content creators. Plus, there are tens of millions of Cardboard-compatible headsets already on the market, dwarfing the numbers of any other platform.

There is currently no open-source world server software for virtual reality. High Fidelity is on its way, though it currently only supportsÂ the Oculus Rift and the HTC Vive headsets. Other platforms are either proprietary, or require programming skills.

I can certainly see the potential of an Android client for OpenSim, where OpenSim server software is used on the back end. We won’t be able to have home-based virtual worlds, of course, until broadband upload speeds get a lot faster, but there are already several companies offering OpenSim hosting, in addition to manyÂ grids that rentÂ virtual land.

Plus, if that client leverages Google’s in-app payment system, and, if there is one, Google’s avatar and inventory services, there will be a lot less work for the OpenSim server to do.

But whether it’s a WebVR-based client that runs across all VR platforms, or a dedicated Android client, some dramatic surgery of OpenSim will be required, in addition to the development of the client itself.

But what about the other players?

Microsoft, Sony, or Facebook and Oculus are all proprietary platforms for VR, andÂ there are few indications that they’ll lead us to a metaverse. Sony’s Playstation VR, for example, is a very limited, gaming-focused closed platform. It’s looking that it will be prettyÂ successful, but only within that one use case, not for general-purpose environments.

Microsoft is very much late to the game, and its Holographic platform is based on Windows. It sounds like Microsoft is making the same mistake that it made in the mobile space, where it has a market share of less than 1 percent. In mobile, it tried to go into the mobile space while still trying to protect its Windows cash cow. That didn’t work out well.

Facebook and Oculus are getting all the hype for VR, but they have a closed ecosystem. The Gear VR headset only works with one brand of smartphones, Samsung. And the Oculus Rift works only on expensive, high-end computers, and the headset itself costs several hundred dollars. So initially, they’re going to see some traction, but I think over time, lower-cost, more open ecosystems will win out.

HTC Vive is an even higher-end headset, and is seeing some adoption with VR developers and video arcade operators because of the quality of the experience it offers. But, again, I don’t think it’s a significant long-term threat unless they significantly change their business model.

And Apple, well, we’re still waiting for them to do anything at all.

Latest posts by Maria Korolov (see all)
2016-08-28
Previous Post: Review: Generic knockoff VR viewer is cheap but out of focus
Next Post: Review: FiiT VR 2S is my new favorite