The future of virtual reality beyond videos and games 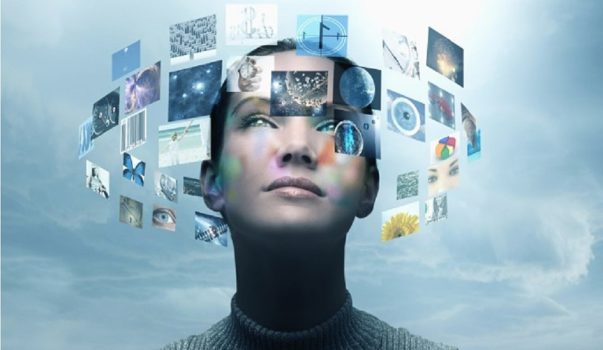 Virtual reality is a hot topic in the field of science and technology. It is assumed that theÂ cost of hardware and the complexity of productionÂ are the obstructions for the massive adoption of virtual reality. However, experts from the VR industry have different opinions.

Virtual reality is an underestimated field that could bring changes to medical therapy, professional training, and life experiences for both consumers and business beyond videos and games.

What is the next opportunity for immersive consumer VR?

Speaking of virtual reality, the first thing people think of might be watching 360 videos. However, most people might consider such immersive experiences as passive ones while ignoring the active interactions. Like the traditional 2D videos, 360/VR videos add the fascinating stereo sounds and visual effects to reinforce the immersive experience, but more could be achieved beyond this point, such as designing more interactive components and more dynamic storylines.

Eddie Lou, the founder ofÂ Sandman Studios, pointed out that the passive and active interactions are not mutually exclusive. It is more about storytelling. For example,Â Fresh Out, an animation produced byÂ Sandman StudiosÂ and selected by 2018Â Venice Film Festival, has more than one ending depending on how the audiences choose in the interactive components. In other words, the story is dynamic and unpredictable. In this case, the animation could be considered as a game or an interactive story.

In fact, there could be no explicit boundary between VR games and videos. They both require comprehensive storylines, visual effects, and interactive elements. However, more VR content creators may be familiar with VR videos while not all of them know a lot about VR games. VR films can be the potential tool to turn those audiences to the players, said Hugh Hou.

Huge Hou, Co-founder ofÂ CreatorUp, has collaborated on a VR horror film calledÂ Willowâ€™s HouseÂ recently. It engages multiple players to participate in the film, play the roles and communicate with each other, which is more like a game, or even a social tool. Most importantly, likeÂ Fresh Out, the players can decide the direction ofÂ Willowâ€™s House.

â€œVR content is still in the preliminary stages in the consumer-oriented market,â€ said Karen Zu, Marketing VP ofÂ PICOÂ technology. After the audiences purchase the VR headsets, how to turn them into active users is still challenging for the whole industry. To solve that, thinking about how to improve the interactive experience would be a key factor.

What is the role of VR in the business world?

When creators are struggling to create a comprehensive storyline and immersive VR experiences for the audience, corporations and organizations have already started to apply VR to their business. The two most significant applications are medical therapy and professional training.

AÂ studyÂ found that VR could be used to treat phobias. â€œIn a clinical trial of a new virtual reality treatment for fear of heights, participants reported being much less afraid after using the program for just two weeks,â€ the study said.

Shuai Yuan, Chief Growth Officer ofÂ insta360, shared a story accordant with the study results. A doctor from New York used insta360 Pro to treat autism and PTSD patients by filming the things that his patients were afraid of — such as the subway — and showing them to his patients. By doing that, the patients can experience whatever they are afraid of in a safe environment, which helps them overcome their fears.

Zu also talked about how VR used to treat drug addictions. Therapists will get the individual with the addiction to put on a VR headset and then help them navigate through various triggering scenarios. The therapists can monitor patientsâ€™ responses and teach them the coping skills that they need.

Professional training is another field that VR has widespread uses. There are many professions in which making mistakes can be disastrous, such as those of a surgeon, pilot, soldier, race-car driver or other professionals. Because the simulative training in these fields has always been a challenge, a virtual environment can help them prepare for the real-world scenarios.

What is the next tipping point for virtual reality?

There are still someÂ glitches VR needs to fixÂ before it becomes massive-marketable, but VR will continue to evolve in an ongoing process.

Although the preconditions for the massive adoption of VR are sufficient, the popular beliefs in VR are limited. â€œThe VR headsets are cheap enough, and the contents are adequate,â€ said Kevin Leung, GM ofÂ HTC ViveÂ Shenzhen and Director ofÂ Vive X. He added, â€œMany people donâ€™t understand VR, but they could spend plenty of times watching 2D videos. The real problem is how to change the perceptions ofÂ Â VR.â€

Other problems need to be fixed before the massive adoption of VR are fill the knowledge gap and build the relevancy with the audience. â€œThe VR education is costly,â€ said Zu. â€œThere is no efficient medium to teach people what VR is and how to use it.â€

Therefore, the audiences donâ€™t know how VR can be relevant to their real life. The tipping point for VR might reach three to five years later because of the high education costs.

â€œThe market penetration is still low in China,â€ Leung said. â€œThere are so many opportunities for VR, but the key is how to position it (in the market).â€œ

Like the traditional film industry, VR content creation requires budgets and creative narratives.The lack of funds may be resulted by the unequal information between the investor and creator.

Gianluigi Perrone,Â creative director ofÂ Polyhedron VR Studio,Â said, â€œSomeone drew up a budget for me to do a historical project, but I didnâ€™t know a lot about VR industry at that time. If this was messed up, it would hurt the VR industry. We have to find the creative way to tell the story, Â but the limited budget will limit the creativity for sure. â€

Besides budgets and creative narratives, education and publicity are essential to VR. â€œThere is a limited way to talk about VR,â€ said Perrone. â€œOnce people knew VR, there would be companies willing to allocate budget.â€

VR is in the initial phase, and many VR-related technologies are still in development.

Whatâ€™s certain is that VR will change our lives.

Here at VeeR, we believe that VR will change the way that people perceive and experience the world, transfer people from this physical world to the virtual one in the future.

Ayden Ye
Ayden Ye is co-founder and CEO of VeeR VR , and a Forbes 30U30 Asia 2018 honoree. VeeR the fastest-growing VR content platform with millions of users globally.