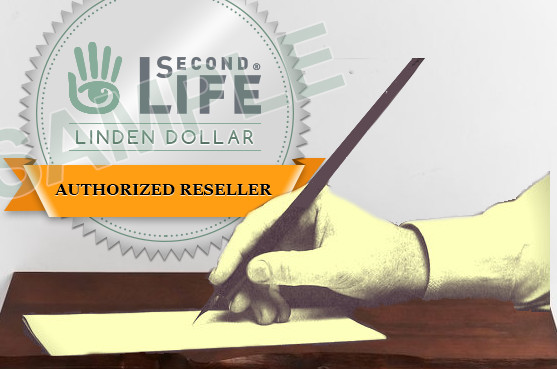 In mid-June, Linden Lab announced that third-party exchanges mustÂ stop sellingÂ Linden dollars, which will effectively put all or most of these exchanges out of business byÂ August 1.

There is a small chance that the petitions will have an effect.Â Back inÂ 2013, when Linden Lab first said that it was shutting down all exchanges, the LabÂ reversed courseÂ after customer outcry.

Currently, these third-party currency exchanges are only allowed to resell Linden Dollars, not buy them back from users. As a result, they do not compete with the official Linden exchange, but instead serve as additional distribution channels for the Lindens, with no additional cost to Second Life.

Here is a summary of the some the reasons why Second Life customers are upset about their decision.

“I have no other option than to buy Linden dollars on theÂ EldexÂ and was shocked about what Linden Labs has done,” wrote Pfister Hammer Matthias from Vilshofen. “My preferred payment option is the Paysave card.”

“When Linden decided to cancel the Linden dollar reseller program the first time in 2013, I switchedÂ to another 3D world,” wrote Michael KÃ¶rschgen from Mosbach. “After Linden restarted the reseller program, I wentÂ back to Second Life. Now, if they cancel again, I want to really quit and move from Second LifeÂ to this world.”

“NowÂ I can’t exchange Swiss francs without always having to pay exchange fees for US dollars,” wroteÂ an anonymous user fromÂ Freienbach. “Since everything is so expensive I can no longer hold my Sim and my business.”

“IÂ pay with Euros and do not want to have to pay extra money to switch into dollars,” wroteÂ Sabrina Kobert fromÂ Bremen.

Lack of trust in Linden Lab

“I don’t want to put payment info on file, there are too manyÂ griefer tools in Second Life,” wroteÂ “Havoxx Resident” from Berlin. “If they stop the Reseller Program, I’ll stop buying Lindens.”

“I do not want to make available my account information to Linden Lab,” wroteÂ an anonymous user fromÂ Freienbach. “Every day, Linden Lab makes it easier for its customers to abandon Second Life, either because ofÂ technical problems, or,Â as in this case, as a result ofÂ arbitrary decisions which obviously lack foresight.”

“I hope at heart that ELDEXchange does not have to close,” wrote “MC Kreindl” from Vienna. “It was a fast and reliable partner and I have recommendedÂ it.”

“I use ELDEX since my beginnings in 2008 inÂ Second Life andÂ have always been more than satisfied with the service,” said Jacky Ramirez from Naila. “Everything goesÂ Â smoothly and precisely…Â We know that ourÂ money is in safe hands.”

“This is fasterÂ for me and I don’t need to own a credit card or send money to my PayPal account,” wroteÂ an anonymous user fromÂ Dillingen.

“I have always used Podex which has provided great service for years,” wroteÂ an anonymous user fromÂ Dillingen. “I want it to stay.”

“It is easier and faster to buy L$ withÂ VirWoX,” wroteÂ an anonymous user fromÂ MÃ¼lheim an der Ruhr. “An immediate transfer is possible.”

“Using PayPal, it takes me twoÂ weeks to get money into Second Life,” wroteÂ Ralf Secker from Heilbronn.

Latest posts by Maria Korolov (see all)
2015-07-04
Previous Post: OnePlus runs out of free Cardboards after one day
Next Post: Digital Lisbon crowdfunder relaunched on AviWorlds