Today, many virtual reality applications and experiences are distributed as stand-alone downloads, which makes sense for many types of content and particularly for mobile-based virtual reality headsets with slow connections.

But as broadband speeds improve, cloud delivery offers a number of benefits to virtual reality projects, including scalability, monetization, reduced costs, and support for multi-user environments.

Cloud-based delivery of virtual reality content allows a startup to scale up as quickly as needed, without requiring high up-front investment in hardware.

But it also works the other way around. IfÂ your requirements decrease, you canÂ easily decrease the capacity being used by opting for a lower plan.

Bright Canopy is a company that delivers virtual environments such as Second Life and OpenSim to the browser via a cloud-based platform.

Cloud computing allowed the company to scale quickly, and also to deliver a higher-quality virtual world experience to customers with older hardware.

Standalone, downloadable games and experiences are not only susceptible to piracy, but also usually front-load most of their revenues. Customers pay once, when they first download the game. If the users then go on to play the game off-line, there are no additional revenues to be had.

Cloud-based delivery either of the game, or additional content for the game, allows developers to offer ongoing in-game purchases or subscription-based access.

And it’s not just for games. Kitely, for example, is a fully cloud-based virtual world that has a consistent ongoing revenue stream from renting virtual land to its users, and earning commissions from user-to-user sales on the Kitely Market.

It is popular with non-profits and educational institutions looking for low-cost meeting spaces and can be accessed via a traditional screen or with a virtual reality headset such as the Oculus Rift.

Cloud-based delivery allows games to be continually updated with the positions and actions of other players, and can provide voice and text communications for the players. 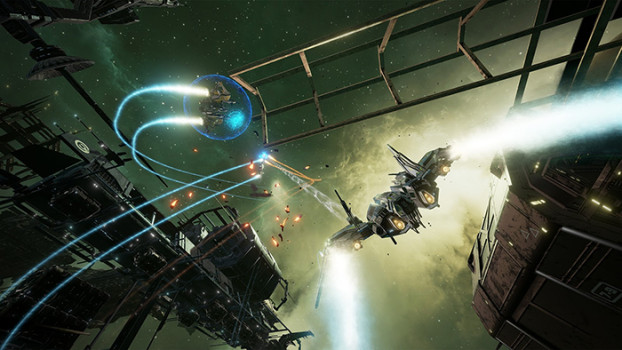 EVE: Valkyrie is one of the highest-profile virtual reality games coming out for the Oculus Rift. That’s no surprise, given that its parent — Eve Online — is a cloud-based, massively multiplayer online roleplaying game.

And AltSpace VR, already available for the Samsung Gear VR headset, is a multi-user social platform.

But games and social environments are not the only types of virtual reality applications that benefit from allowing multiple users to share the same space.

â€œVirtual reality and cloud computing is a game changer for learning simulations, collaborative workspaces, corporate campuses, and virtual conferences,” Anders Gronstedt, president of The Gronstedt Group, which develops custom training and simulations for Fortune 500 companies and government clients, told Hypergrid Business. Â “The ability to represent oneself within the medium takes engagement to new levels, youâ€™re not just immersed, you feel like youâ€™re going to a different place.â€

Mauricio Prinzlau
Mauricio Prinzlau is a Berlin-based technology writer. He is also the managing editor and backup expert at Cloudwards, where he's in charge of the reviews section.