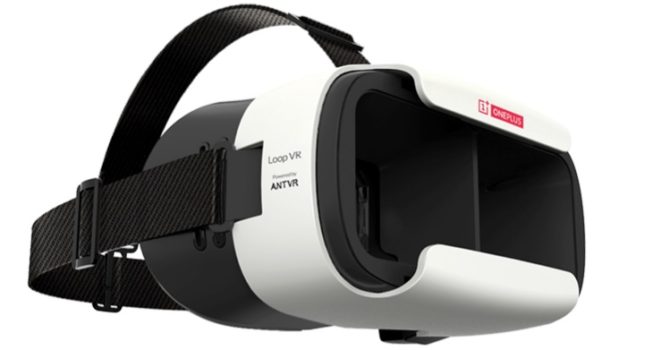 I just receivedÂ my free Loop VR headset from OnePlus. The company gave away thousands of headsets to promote the release of their new OnePlus 3 smartphone,Â and while it’s definitely an upgrade from the cardboard headset they sent out last year, it lacks many of the features that have recently become standard, such as adjustable lenses.

The field of view is listed as a very reasonableÂ 100Â degrees, which is a little higher than the 96 degrees of the Gear VR.

The weight is 13 ounces, or 366 grams, which is a little bit more than the Gear VR’s 12 ounces. In fact, given the lack of features and functionality, the Loop is on the heavy side. I expected it to be a lot lighter.

The latch on the top strap, the one that goes over the top of your head, was really annoying. It’s the same one as the Gear VR users, and it’s annoying there, as well. It’s an unnecessary bit of tomfoolery that just makes life more complicated.

Otherwise, I found the straps just fine, and the headset was pretty comfortable to wear.

It easily fit over my glasses, with room to spare. But if you wear very largeÂ glasses, this could be an issue.

Loop VR comes with orthoscopic lenses, which are supposed to have less distortion so, in theory, no needÂ to adjust the focus. However, people’s eyes vary, and having the option is nice.

The distance between the lenses can be adjusted, but only a little bit. Those with wider-set or narrow-set eyes may have difficulties.

Yes,Â since there’s no outside cover.

7. Fits over power and audio cables

There’s no controller. You either have to slide the phone out and touch the screen, or get an external Bluetooth controller.

I got this for free, plus $4.99 for shipping. So, pretty good deal overall. However, if you missed the give-away, you’ll have to pay full price — whatever that is. I don’t see the headset for sale anywhere except on eBay.

But frankly, it’s not worth the money. Not even $5. If I wanted a plastic headset for under $10 I’d get the Noton, which also doesn’t have adjustable lenses, but at least is easier to use.

Putting the phone into the headset means sliding itÂ in between two fixed plastic lips with rubbery pads on the inside. The phone sticks, and it also limits the size of the phones you can use, though the company says the headset supports “most” smartphones with screens between 5 and 6 inches.Â If there’s a case on the phone, then getting it into the headset is even more difficult.

There was no good reason for OnePlus to do it this way. the DeePoon and the FiiT VR show two ways to hold a smartphone that are much easier and support a wide variety of phone sizes — and I would recommend both of those headsets over this one.

The headset was also missing its Google Cardboard QR Code, and when I contacted the company they told me they were still working on it. There’s no excuse for this — the QR Code takes only a few minutes to create, and its absolutely necessary if you want to run VR applications, especially if you switch headsets.

This is a very common problem with Chinese manufacturers, since they want to funnel users into their own, proprietary, Chinese-language apps. Since the Loop VR headset was designed to promote the OnePlus 3 launch, it’s designed to work with the OnePlus 3 Launch app, which includes the headset configuration. ButÂ not having a QR Code makes it difficult to use the headset for other applications.

Meanwhile, users on Reddit are reporting that the following QR Codes work. If your image is out of focus, doubled, or distorted, try one of these codes until you find one that works.

To activate the QR Code, download the Google Cardboard app for Android or iOS, click on the settings icon — the three dots at the top right — and select “Switch Viewer.” Then point your smartphone’s camera at the QR Code.