Another surgery video platform, GIBLIB, which serves medical students and doctors, has jumped on the virtual reality train. 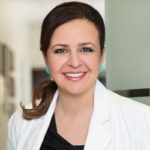 This is only the start,Â Towfigh told Hypergrid Business.

“Dates will be announced as we form a schedule,” she said.

The videos are not available to the general public, but only for registered surgeons, residents and medical students.

Watch the promo video below:

GIBLIB gathered surgeons from various fields including transplant, cardiac, general surgery, colorectal and urology to make the streaming possible. The company wantsÂ to partner with additional influential surgeons and top academic institutions around the world who are interested in streaming a live surgery in 360 degree virtual reality to a global audience, said Dr. Towfigh.

This isn’t the only medical video platform that has begun offering 360-degree videos.