US consumers bullish on VR marketing

Press release: More than 50 percent of consumers likely to purchase from brandsÂ that sponsor virtual reality, according to Greenlight VR 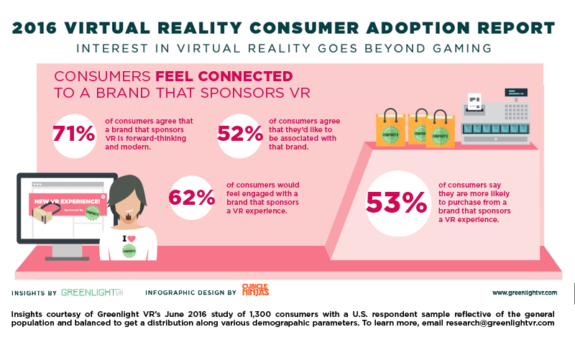 â€œGreenlight VR has been researching consumer sentiment toward virtual reality sinceÂ 2014, and this is our most conclusive study yet, tying together attitudes and intended action withÂ branded experience exposure,â€ said Clifton Dawson, CEO of Greenlight VR. â€œIf the recent successÂ of Pokemon Go isnâ€™t enough, this data provides concrete evidence to experience marketers whoÂ are currently designing for the new experience economy.â€

â€œWeâ€™re seeing specific VR activities have unique emotional footprints, offeringÂ fascinating insights for those who are considering their VR strategies,â€ said Steve Marshall, seniorÂ vice president of research and consulting for Greenlight VR. â€œFor example, among our sample,Â watching a live broadcast event in virtual reality generates significantly higher ratings of positiveÂ emotions such as â€˜happyâ€™ and â€˜energeticâ€™ when compared with playing a VR video game.â€ 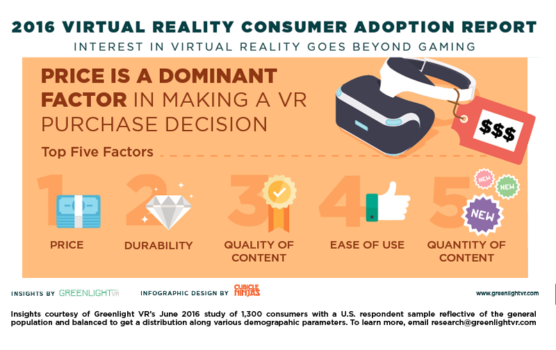 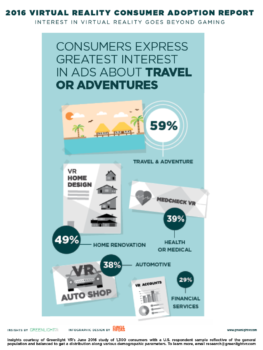