Gloebit payments still down in yet another protracted outage 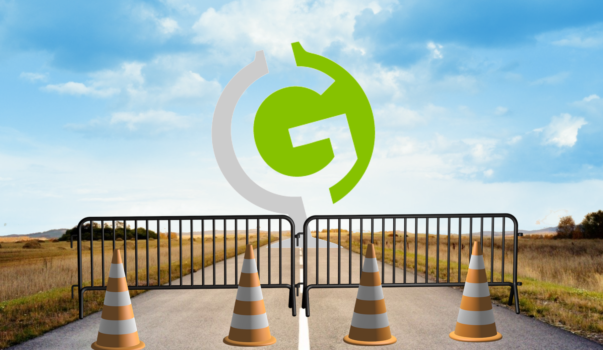 Gloebit is the most popular payment platform for OpenSim grids, in use on about 50 virtual worlds. The service was launched five years ago by Christopher Colosi, who used to run the Second Life Marketplace and the Lindex exchange, but has had a series of outages in the last year.

I reached Colosi via LinkedIn — his Gloebit email account was down.

Gloebit has already moved the service into a Docker container, he said. “We are working on getting that deployed and restoring our service as soon as possible.”

The company’s website is also down, without even a temporary redirect to a status page. The last update to the Gloebit Twitter feed was in 2019. Updates can be found on the Gloebit Facebook page, however.

Colosi first reported that there was a problem on Tuesday, April 6, with a brief note: “We are experiencing an outage. AWS believes our service is up but it is not accessible. We have a support ticket into them.” Then there was a follow-up note on Friday, April 9, in which Colosi said that the company is attempting to rebuilt on some newer technology.

There have been no public comments since, nor any responses to questions users have been posting on the Facebook page.

Gloebit services were down for about a week in mid-December, also due to Amazon-related problems. And there were performance issues issues in the middle of 2020 that the company claimed to have fixed in August. There was also a full outage last March.

Of course, other payment platforms are not immune to outages, either. Gloebit’s main competitor, Podex, suffered an outage in March when its own hosting provider, OVH, had a fire at its data center in France.

Grids can also create and run their own payment infrastructure from scratch, but then they are responsible for not only maintaining it, but are also susceptible to fraud. Avination, for example, one one of OpenSim’s most successful commercial grids, lost $126,000 to hackers, which contributed to its demise.

According to Colosi, there’s an issue with Amazon’s Elastic Beanstalk that took the Gloebit payment service down and is preventing it from coming back up.

“The underlying cause is likely the change in technology available on AWS since we initially launched the service years ago,” he said. “This is similar to what happened in December.Â  At that time, we upgraded some components including our database which is now separate from our Elastic Beanstalk environment.”

Now, it seems that theÂ Elastic Beanstalk environment still has an old database associated with it which is no longer being used and is on old hardware.

“AWS support believes this is causing our outage and suggested we upgrade it, but AWS won’t allow us to upgrade it or remove it,” said Colosi. “We can’t create a new environment without that database because Amazon no longer supports some older libraries which our service uses.Â  We are grandfathered in on the existing environment, but can’t spin up a new one with that support. We tried everything we could think of and everything that AWS support suggested to get around these conflicts in Amazon EBs system and could not.”

Now, the Gloebit service has been “Dockerized,” he said. Docker is a new kind of virtual packaging for cloud-based applications.

“Moving to a Docker container gives us more control to choose specifically what our servers run and how they are configured,” he said. “We hope to have the service restored soon.”

Learn how to shop with Gloebits here. Get aÂ list of Gloebit shopping destinations here.Â Sign up to be a Gloebit grid or merchant hereÂ andÂ get more information about accepting Gloebits here.

Colosi used to run the Second Life Marketplace and the Lindex exchange. He is also pitching Gloebits as a currency to non-OpenSim platforms and online games and virtual reality apps, and the broader the user base, the more stable the currency.

Gloebit first launched in the summer of 2016. and began allowing merchants toÂ cash out their Gloebit income in the spring of 2017. Since then, Gloebits quickly grew into being the most popular multi-grid payment system in OpenSim,Â surpassing Podex back in 2018.