OpenSim land area fell by the equivalent ofÂ  8,667 standard regions, and active users dropped by 3,473 due to combination of school holidays and fewer grids reporting stats than in the last couple of months. In addition toÂ InWorldz, Great Canadian Grid, and The Adult Grid, other grids that did not END_OF_DOCUMENT_TOKEN_TO_BE_REPLACED 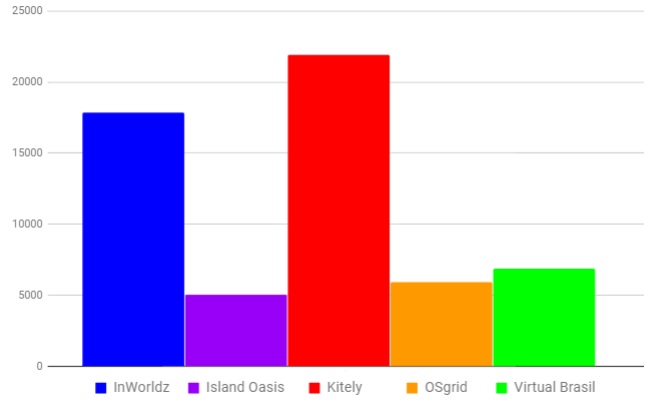 One of the most important numbers in OpenSim is how many new people sign up for accounts each month. New people means new customers for merchants, new creators and performers who help improve quality of life on the grid, new people to interact with, and, of course, potential new land END_OF_DOCUMENT_TOKEN_TO_BE_REPLACED

OpenSim land area grew by the equivalent of 3,905 standard regions last month, a new record high of 88,225 regions. This was despite the fact that several large grids have stopped publishing land area stats, including InWorldz, Great Canadian Grid, and The Adult Grid. The biggest gainer wasÂ OSgrid which added END_OF_DOCUMENT_TOKEN_TO_BE_REPLACED

The total land area of the public OpenSim grids fell by more than 1,000 regions this month as ZanGrid shut down and Genesis Metaverse moved its hosting. Total active users numbers continued to rise, however, with about 2,000 new actives. Zangrid, which had 439 regions as of last month,Â is closing END_OF_DOCUMENT_TOKEN_TO_BE_REPLACED 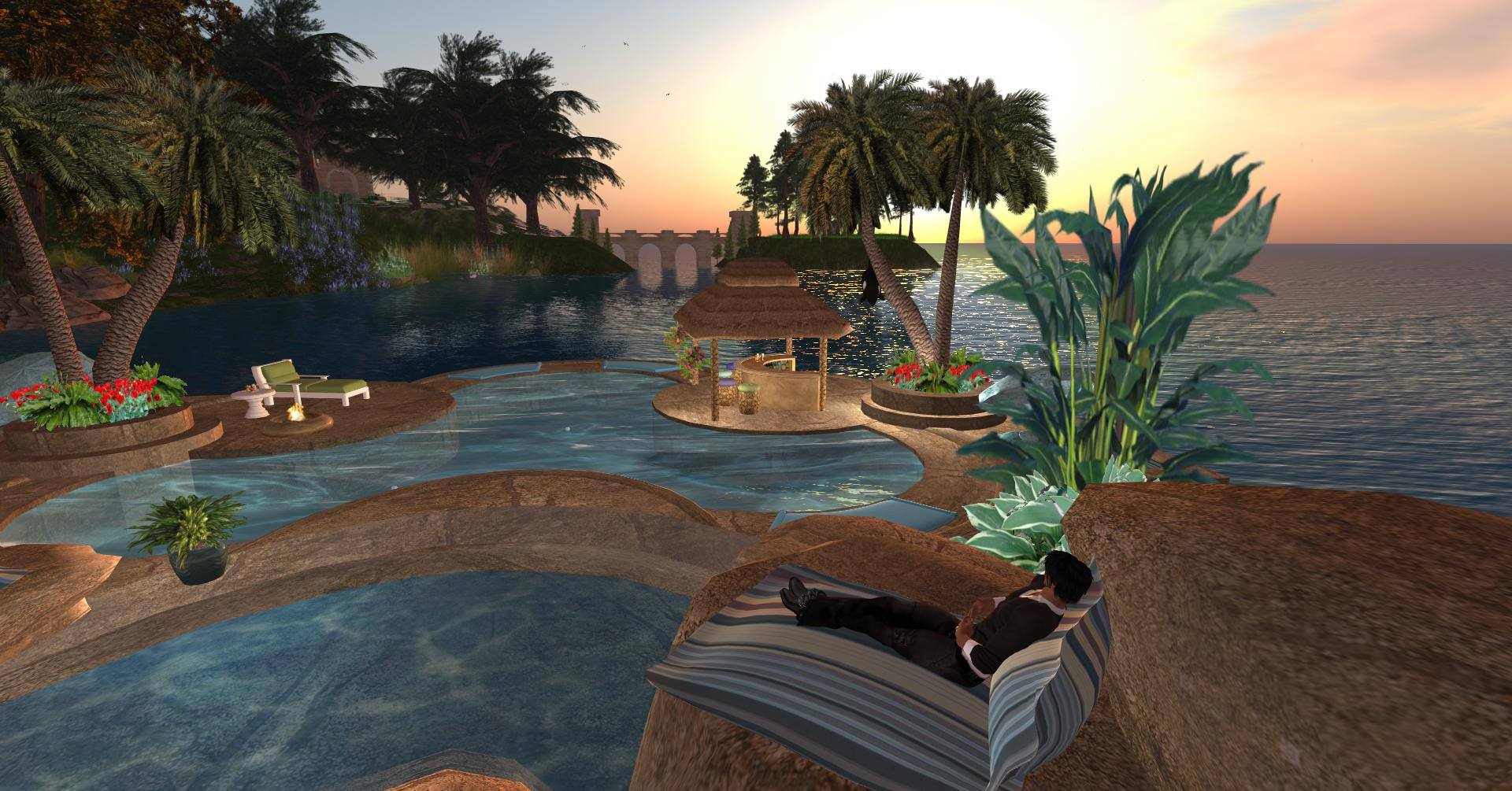 TheÂ Island OasisÂ grid now has a new owner, and has been offline since Monday while the servers are being moved to their new location. The grid is expected to be back up on Friday, according to the official announcement. The new owner’s name has not yet been announced. Former owner and END_OF_DOCUMENT_TOKEN_TO_BE_REPLACED

The total reported land area of OpenSim’s public grids has passed 80,000 regions — a record high. This is despite the fact that InWorldz, the most popular OpenSim grid, did not report its land area this month. The total number of registered users went up byÂ 9,764, and even the number END_OF_DOCUMENT_TOKEN_TO_BE_REPLACED

OpenSim lost land area and active users this month — on paper, at leastÂ — as one large commercial grid did not report its stats this month, and another grid suffered an outage. The total OpenSim land area fell by 442 regions this month, to reach 72,978 standard region equivalents. This END_OF_DOCUMENT_TOKEN_TO_BE_REPLACED

Key OpenSim stats fell this month, as two popular grids — InWorldz and The Adult Grid — opted not to report their total land area or their active users. InWorldz has been the most popular grid every month from 2012 on, and had 5,276 active users last month. However, both END_OF_DOCUMENT_TOKEN_TO_BE_REPLACED 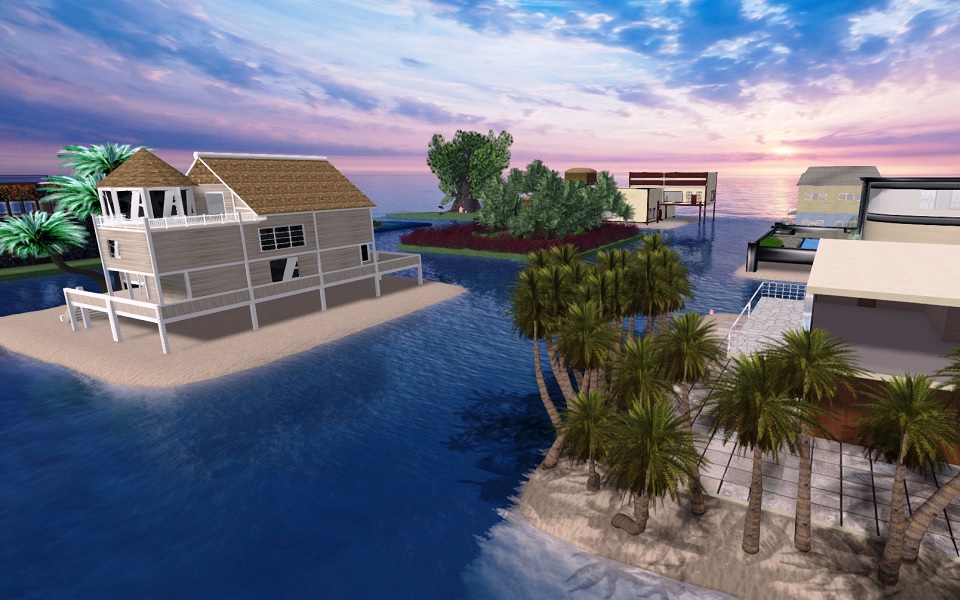 On the back of a new free land offerÂ marketing campaign, Island OasisÂ gained 603 new registered users this past month, nearly twice as many as in March. This wasÂ the highest number of new registrations since the grid first launched in 2011. The grid offers freeÂ parcels of 4,896 square meters each with END_OF_DOCUMENT_TOKEN_TO_BE_REPLACED 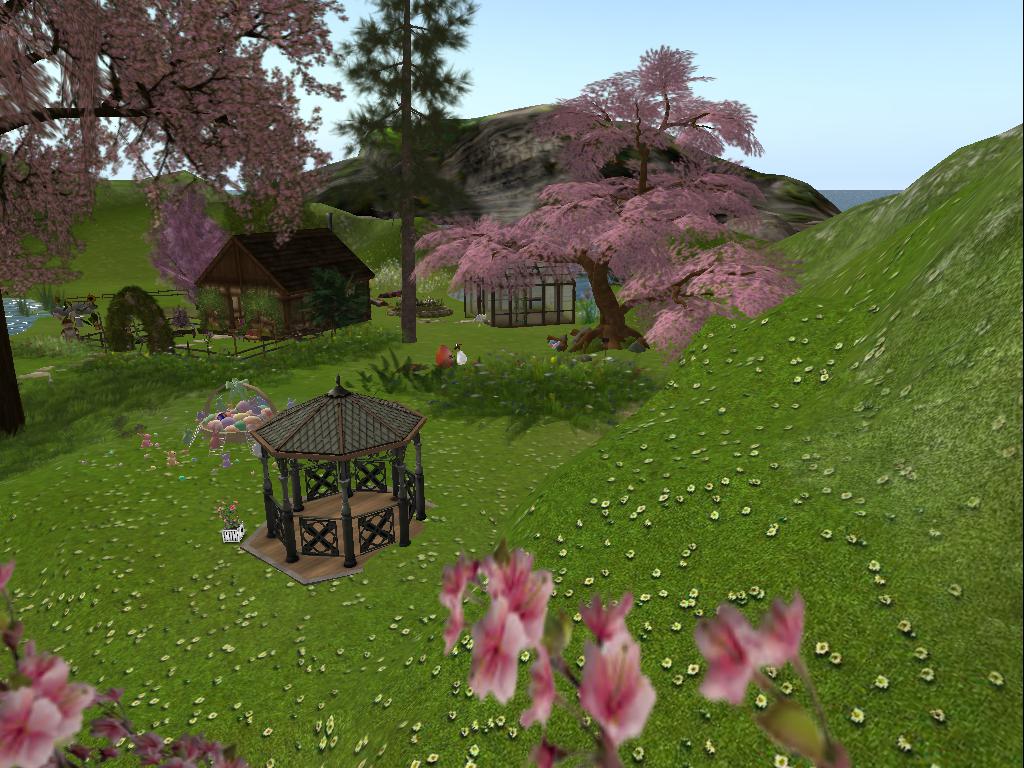 A number of grids are hosting Easter events including Easter Egg hunts and contests this Easter season. That includes two events on OSgrid. OSgrid‘s Easter Egg contestÂ began last Monday and will go through Friday, April 14. The Event Plaza has been re-decoratedÂ for theÂ occasion. Participants are competing to create the best END_OF_DOCUMENT_TOKEN_TO_BE_REPLACED 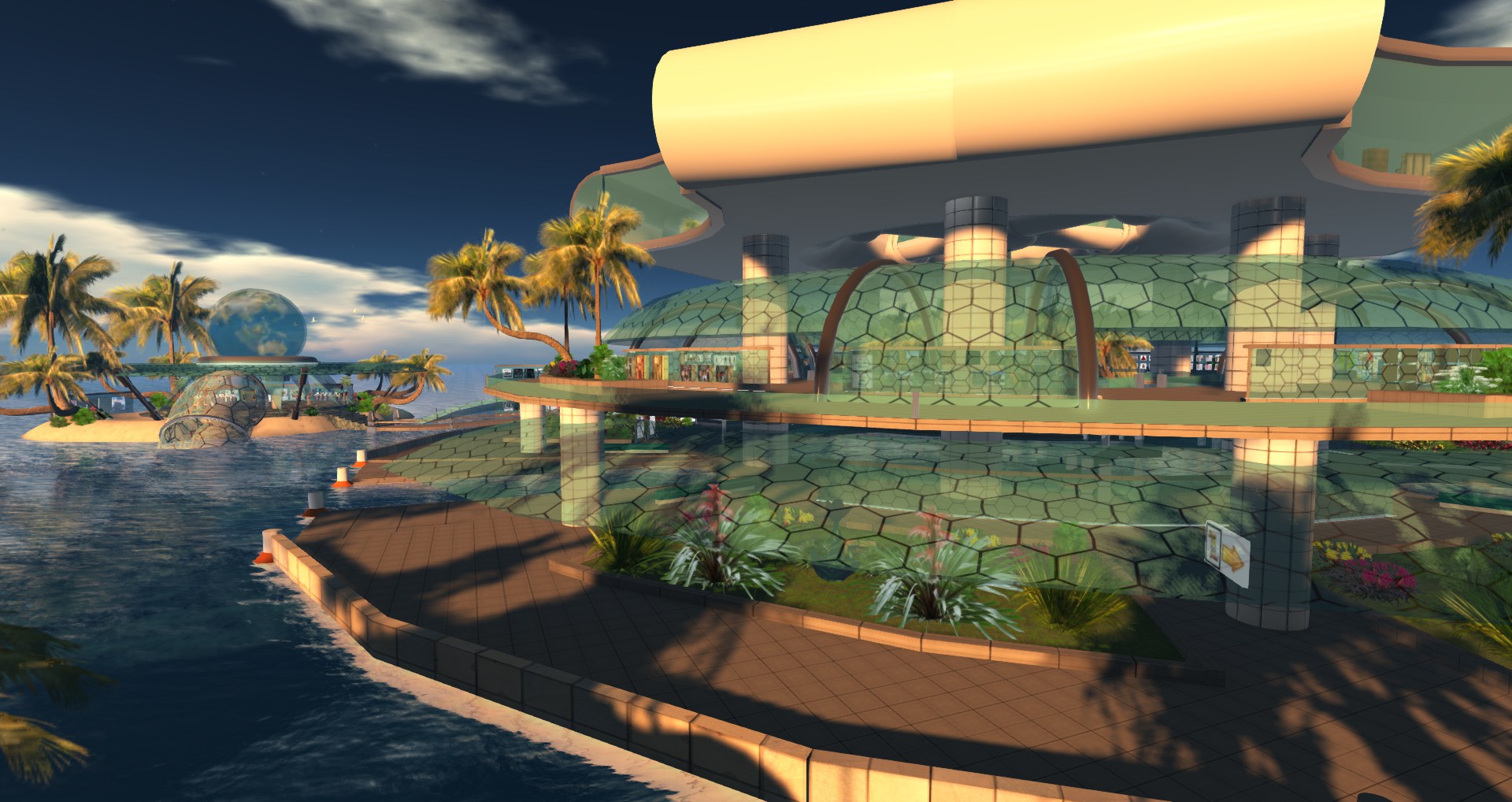 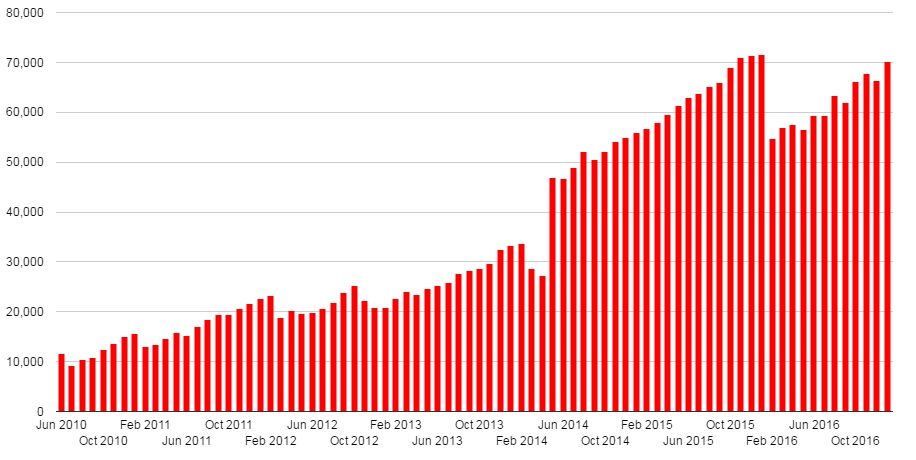 Public OpenSim grids gainedÂ land area, registered users, and active users this month, with active users reaching a new all-time high. Grids reported a net increase of 638Â active users, for a new total of 36,330 actives, despite the end of the OpenSimulator Community Conference. That event accounted for a one-time addition END_OF_DOCUMENT_TOKEN_TO_BE_REPLACED

The Island Oasis grid turned on hypergrid connectivity last weekend, and opted for a unique solution to the question of exporting content to other grids. “We have done things a little different,” grid founder and COOÂ Nicole Dreyer told Hypergrid Business. “We put the power in the hands of our content END_OF_DOCUMENT_TOKEN_TO_BE_REPLACED 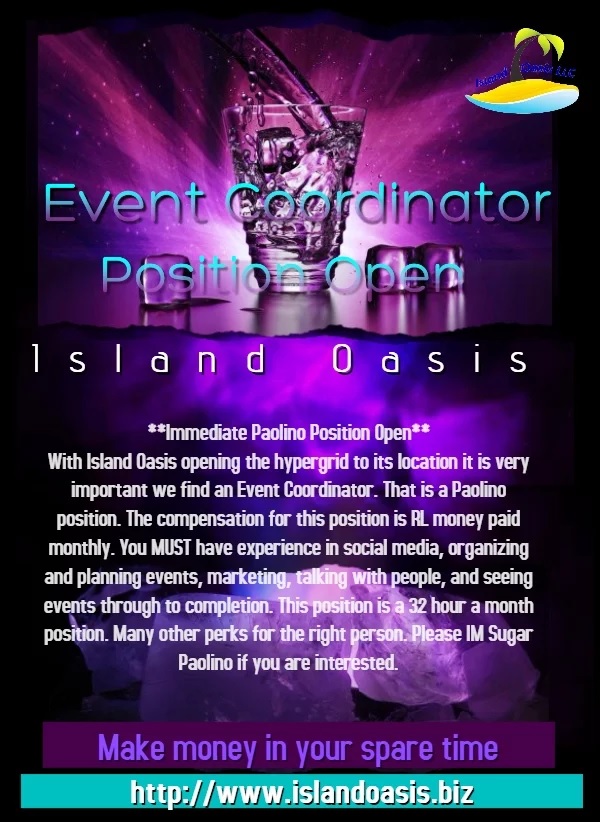 Island Oasis, a three-year-old closed commercial grid, is turning on hypergrid connectivity today. The transition will be discussed at a Town Hall Meeting today. As part of the transition, the grid will also be hiring a part-time events coordinator. Island Oasis’ transition brings the total number of active OpenSim grids END_OF_DOCUMENT_TOKEN_TO_BE_REPLACED

The top 40 OpenSim grids gained 1,458 regions this month, for a new total of 24,040 regions on these grids, the second highest total since we began tracking these numbers in the summer of 2009. These grids also reported a total of 18,061 active users.Â  A total of 224 grids END_OF_DOCUMENT_TOKEN_TO_BE_REPLACED